Racalmuto is a medieval village rich in charming ancient churches.

31st July 2016
Racalmuto the small town which I visited is a really interesting place with lots of landmarks.
The name of Racalmuto derives from the Arab word “Rahal-Maut” which means “Dead village” because when Arabs conquered the area they found the village completely destroyed by plague. Later, after the Norman domination, the village was acquired by the Barrese family who erected the Castelluccio fortress in 1229.
The most important monuments of Racalmuto are:the Santuario Maria SS del Monte, built in 1738 by Pietro Signorino; the Mother Church, built in 1620 and dedicated to SS.Annunziata, displays impressive Baroque decorations; the Chiaramontano Castle, built between the 13th century and the 14th century, has an irregular plan with two cylindric towers.
All photos below show Mother Church which I took on 5th July 2016 in Racalmuto during my trip there. 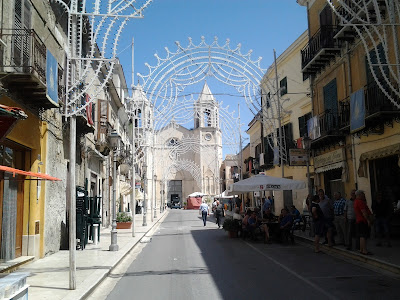 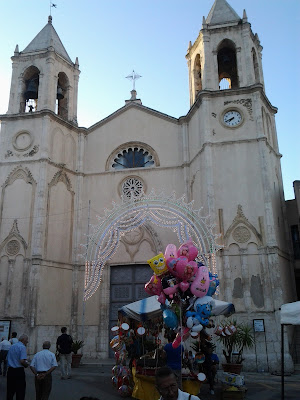 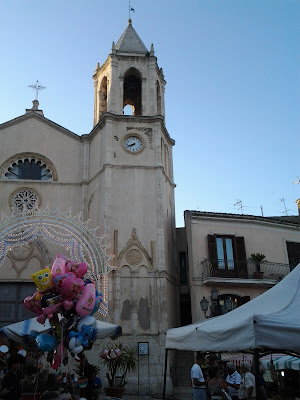 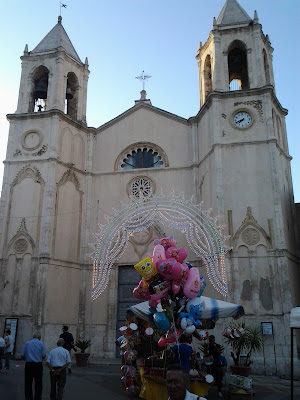 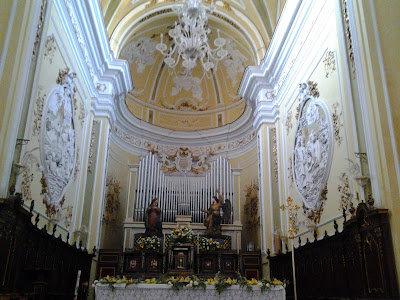 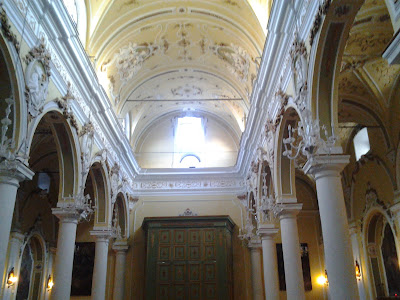 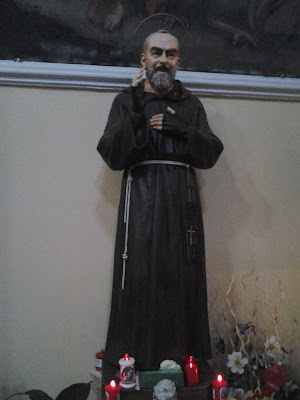 In Racalmuto’s old town, there is the 1600’s Mother Church, once dedicated to Sant’Antonio Abate, and today dedicated to the Annunziata. Its name was changed into Chiesa di Maria SS. Annunziata around 1620, when the priest Santo Agrò ordered the construction, next to the small church of Sant’Antonio, of the current Cathedral. The church has three aisles where we can admire gold objects, cupids and low reliefs in a 1600’s Baroque style; three chapels dedicated to S. Maria della Catena; and a high altar with a painting by Pietro d’Asaro, portraying Mary Magdalene. It also holds some precious wooden altars, the most important being the altar of Santa Rosalia.
Posted by Gosia at 01:45