It is a monument of Prince Albert in London. I took this photo on 2nd May 2017 during my trip to London.

The Albert Memorial is situated in Kensington Gardens, London, directly to the north of the Royal Albert Hall. It was commissioned by Queen Victoria in memory of her beloved husband, Prince Albert who died of typhoid in 1861. The memorial was designed by Sir George Gilbert Scott in the Gothic Revival style. Opened in July 1872 by Queen Victoria, with the statue of Albert ceremonially "seated" in 1875, the memorial consists of an ornate canopy or pavilion, in the style of a Gothic ciborium over the high altar of a church, containing a statue of the prince facing south. The memorial is 176 feet (54 m) tall, took over ten years to complete, and cost £120,000 (the equivalent of about £10,000,000 in 2010). The cost was met by public subscription. 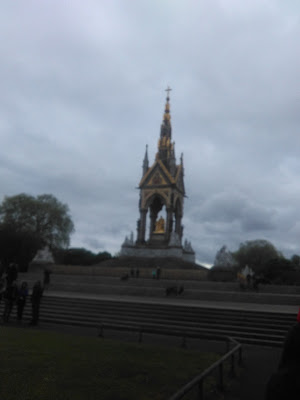 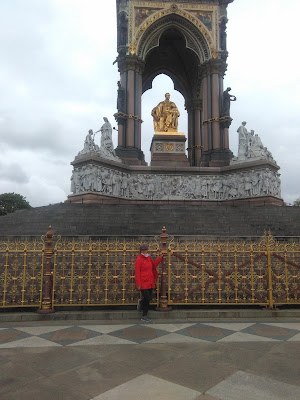