It was a great day in Brighton. The weather was fantastic so we were on the Brighton Pier. Then we were sitting on the beach. 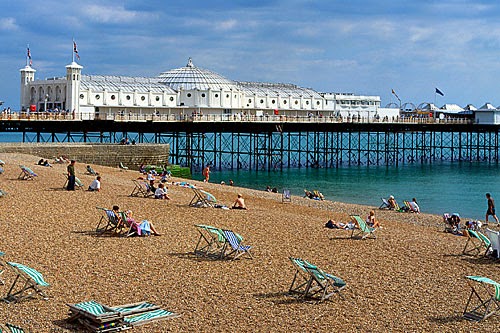 In the afternoon we visited Royal Pavilon - it's fantastic place worth visiting. The Royal Pavilion is a former royal residence located in Brighton, England, United Kingdom. It was built in three stages, beginning in 1787, as a seaside retreat for George, Prince of Wales, who became the Prince Regent in 1811. It is often referred to as the Brighton Pavilion. It is built in the Indo-Saracenic style prevalent in India for most of the 19th century, with the most extravagant chinoiserie interiors ever executed in the British Isles.