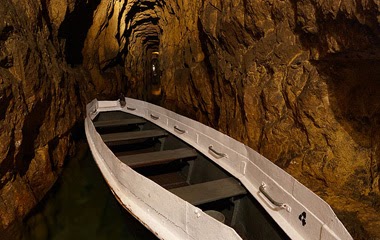 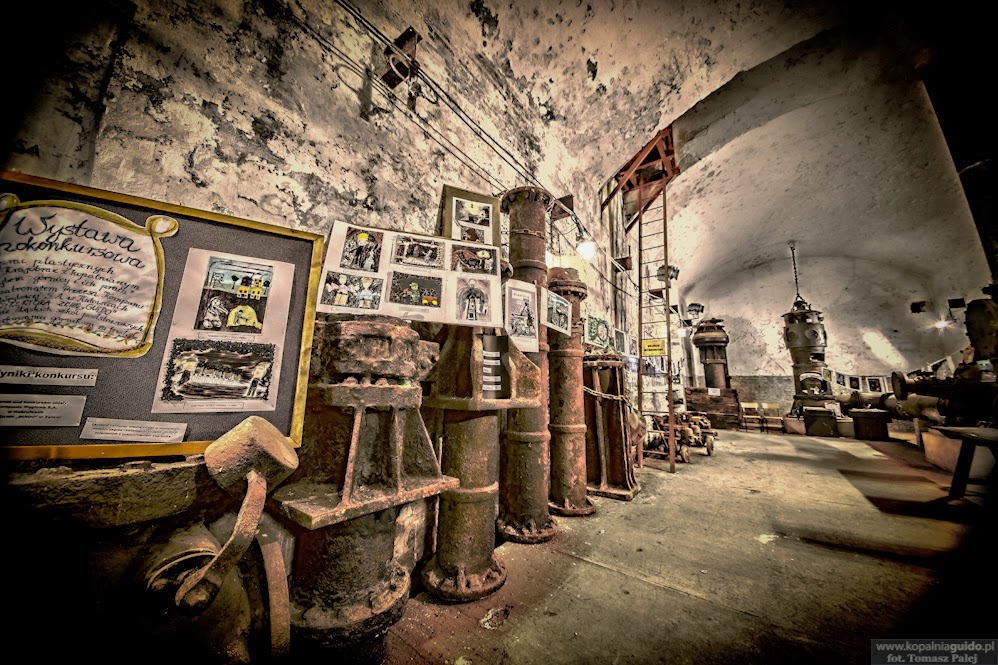 Four seanons; spring, summer, autumn ( fall) , winter.
Despite the fact that majority of Poland is lowland, the Polish landscape is varied.

Sport : football ( soccer) is the most popular sport with a rich history of international competion. 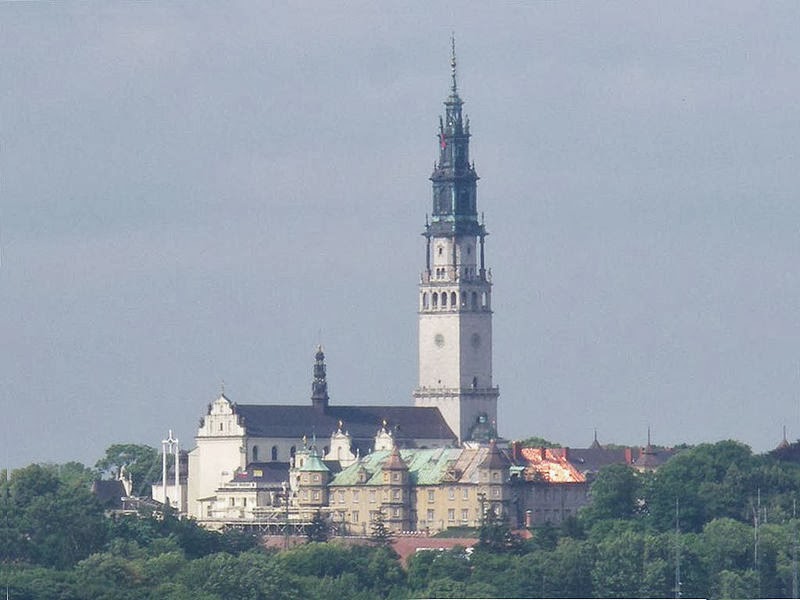 The complex is one of the most important sites of the worship of Our Lady and has for centuries been the heart of pilgrimage in Poland. It is home to the Icon of the Black Madonna of Częstochowa, as well as a collection of many other pieces of art, mostly sacral, presented as thanksgiving offerings by believers. 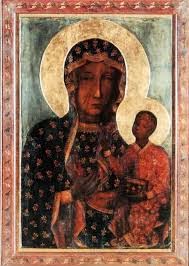 Black Madonna  the most important painting for roman- Catholic here...
At the weekend I put more pictures of Silesian landmarks. 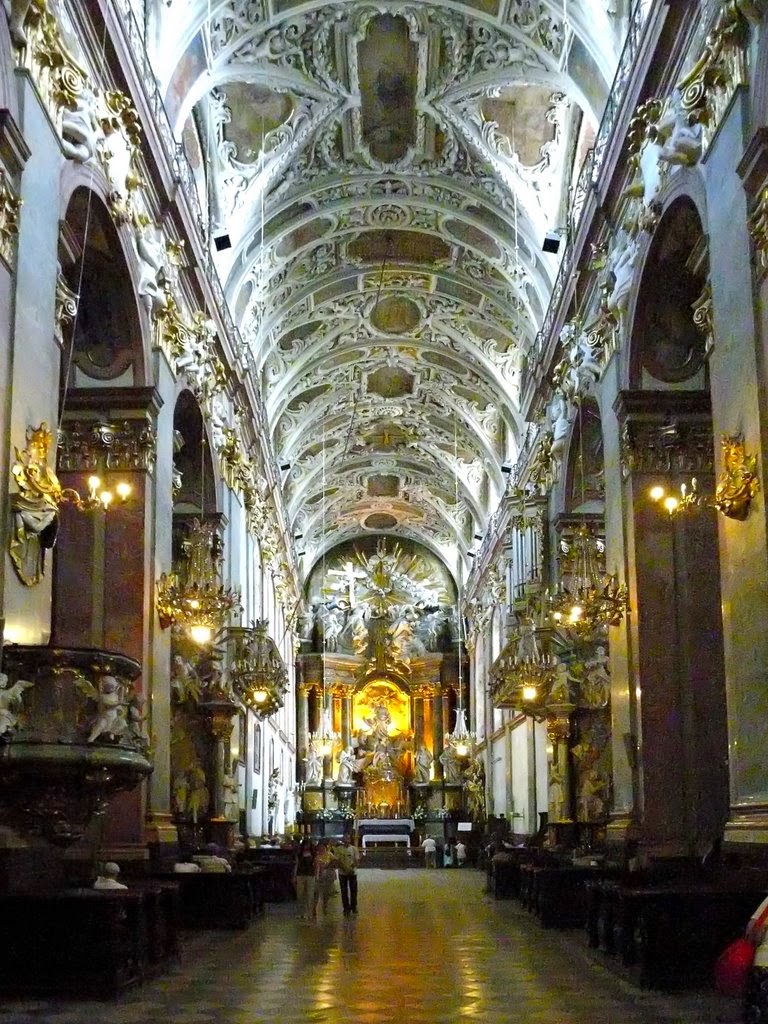 W hen I was a child Poland was a communist country so any shopping centres didn't exist. I remember ugly, dull corner shops and almost empty shelves in them. I had to wear ugly, unfashionable clothes and shoes which I really hate.

Since 1990 when Poland became a democratic, independent country situation was completely different. In 2004 when The Republic of Poland became the member of European Union we have had the same shops all over Europe.

I live next to very busy street in my city and the longest one. But the most amazing situation is we have had 6 shopping centres here so you can walk and buy what you want. We have French, English, German ang Holland shopping mallls rthe same which you can meet in European Union.

I have been to many European countries the shops are the same, different is currency and language. Now it;s difficult buy something original because Zara, H&M , Ikea, Tesco, are everywhere.Now Polish families spend a lot of thier free time in shopping malls is very trendy. 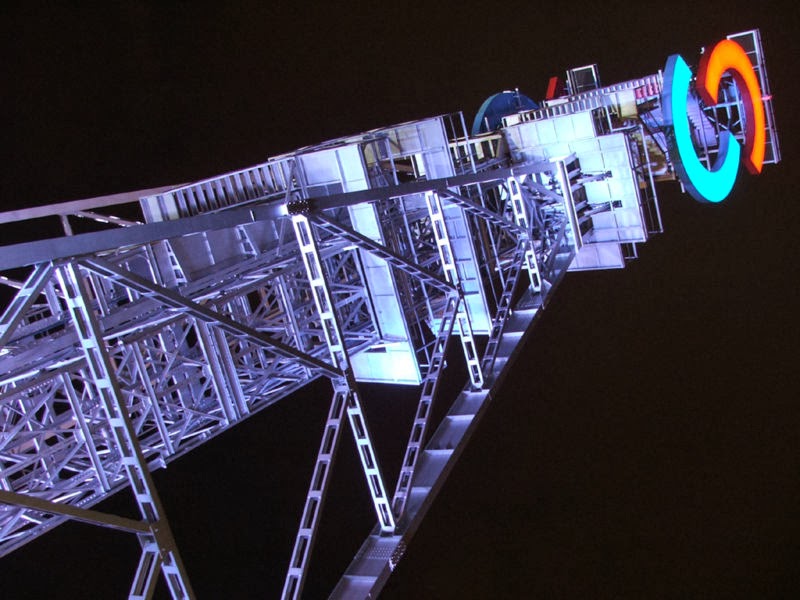 Katowice is a capitol city pof our province. It is a young city about 100 years old comparing to my Bytom 760 years old is very vary young. It's completely modern city comparing to Bytom.

The most famous is Spodek the best known building .

Katowice are going to be a European Capital of culture it will be very difficult because other candidates are very interesting too.


Polish cities pretending to the title of the European Capital of Culture in 2016
View the candidates sites: Białystok, Bydgoszcz, Gdańsk, Katowice, Lublin, Łódź, Poznań, Szczecin, Toruń, Warszawa,Wrocław
Vote for your favourite candidate city and check the current poll results on kulturaonline.pl or on the Association of Candidate Cities to the European Capital of Culture.
The title of the European Capital of Culture is granted annually by the European Union for the period of 12 months. Such honour translates into the reinforcement of the prestige and popularity of the city, region and even the country. The candidate cities strive for the best promotion of what they perceive as valuable in themselves and their vicinities. The body of the Polish candidate cities aiming at receiving the title in 2016 includes Białystok, Bydgoszcz, Gdańsk, Katowice, Lublin, Łódź, Poznań, Szczecin, Toruń, Warszawa and Wrocław. The Minister of Culture and National Heritage Bogdan Zdrojewski has already announced a competition for the Polish city pretending to the title. The applications are to be submitted by 31st August 2010. A special Polish committee will evaluate and select the candidates in two rounds and the final verdict will have been revealed by the end of 2011. The Polish verdict will then have to be approved by its European counterpart at the beginning of 2012.
In 2016 the title of the European Capital of Culture will be shared by two cities, one from Poland and the other from Spain. The Spanish candidate cities include Alcalá de Henares, Burgos, Cáceres, Kordowa, Cuenca, Oviedo-Gijón-Avilés (wspólnie), Pampeluna, San Sebastián, Santander, Segowia, Tarragona and Saragossa.The title was already awarded to, for example, Cracow (2000), Vilnius (2009) and Essen, Pecs and Istanbul (2010). 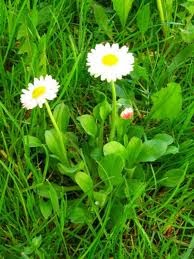 Just beginning of the week as usual very busy at my school and at home. Luckily the weather is great and sunny 12C.
So I am in a great mood despite a  lot of  papework which I have to do for tomorrow.

Today I have seen the first daisies in my hometown so it means it's spring this year  two months earlier. It is wonderful because last yeat winter lasted till 12 th April.


Bytom is one of the oldest city in Poland. This year is 760 years old so is older than Cracow one of the most famous city in Europe.

The weather is great  - almost spring temperature 10 C and sunny. So the best solution is walking and looking for first spring flowers. I am going to walk with my daughter and dog in the afternoon.

Now I would like like to come to our public transport - espiacially trams which I use every day as a commuter to my work. We produce trams in Poland.in three cities Bydgoszcz, Poznan and Chorzow. 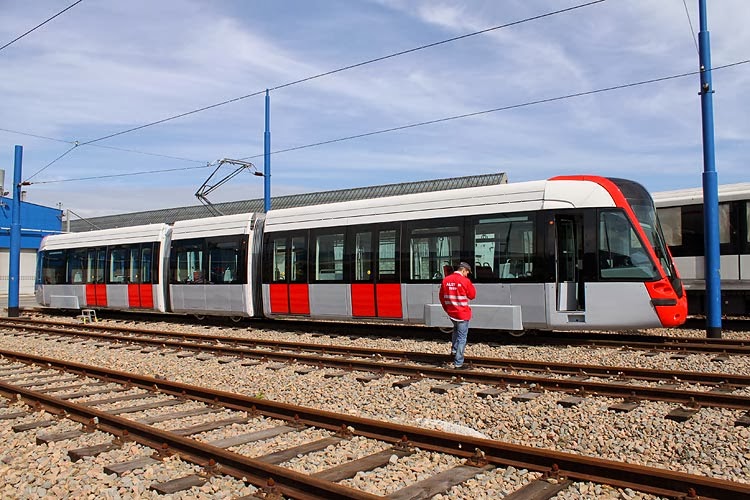 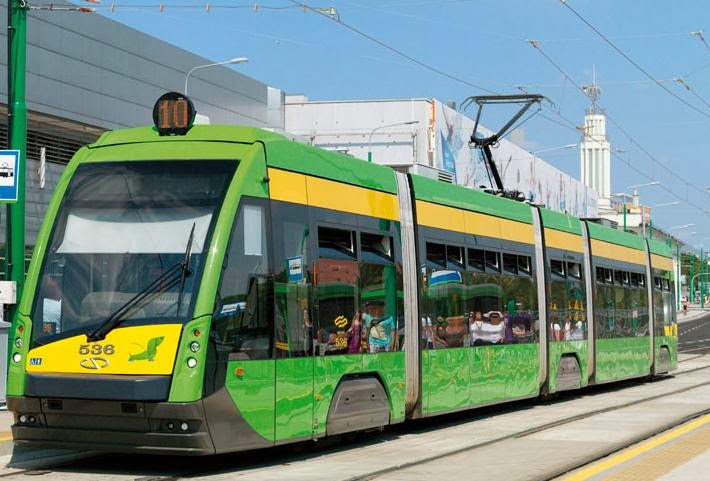 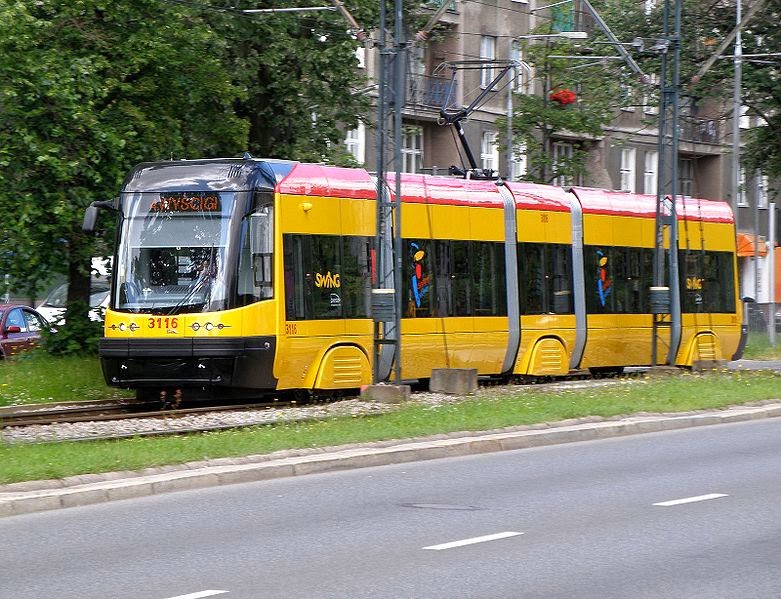 I live in Bytom -Upper Silesia. It's located 15 km from Katowice. Bytom is one of the oldest city in Poland wht is more interesting older than Cracow. There are many interesting landmarks to visit.  It is a typical mining city in the past but now we have only one coal mine. Howevewr we have got a very famous Opera House.

Definitely it's worth visiting this city.
Posted by Gosia at 13:48 No comments:

I am Polish teacher in High Junior School and Silesia University in Katowice. I teach English.
Love travelling, readinng books and I am into genealogy.
I am interesdted in the USA because my grandparents were born there.

Have a nice day.