On my bucket list was Rome especially Vatican city since I was a teenager. I have bought a flight ticket and I am flying in February 2018 there.  Mainly I would like to see Museum of  Vatican and St. Peter's Basiilica. I visited Cathedral in Cantenbury, St. Paul Cathedral in London and a lot of mosques but I have never been to Rome. It is high time to fly there. I am going with my friend. 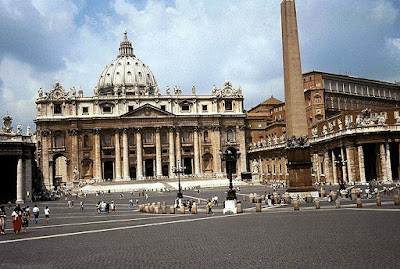 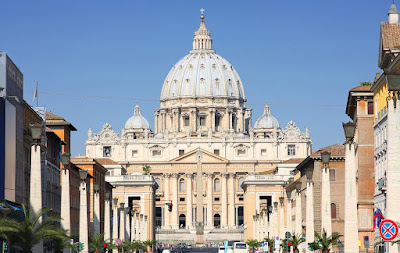 Vatican City State,  is a sovereign state and the smallest country in the world by size, at 0.44 km. Its territory is completely surrounded by Italy and is is only one of three countries in the world that are enclaves of another country (the others being San Marino, also in Italy, and Lesotho in southern Africa). Also, it is the only country in the world that is an enclave of a city, as all of the land around it is part of Rome, the capital of Italy.
The Vatican City is the headquarters of the Roman Catholic Church and its government, the Holy See. Its head of state is the Pope, the Bishop of Rome and the leader of the Roman Catholic Church. The current Pope, Pope Francis, former cardinal Jorge Mario Bergoglio, was elected on 13 March 2013.
Established on 11 February 1929 with the Lateran Agreement (Patti Lateranensi) signed by Benito Mussolini and Pope Pius XI, the Vatican City is also important for its culture and art. The Vatican's masterpieces are very well known in the world: St. Peter's Square, St. Peter's Basilica, the Sistine Chapel, the Vatican Museums and the Apostolic Palace, where the Pope lives. There are also hundreds of other sculptures and pictures.
Posted by Gosia at 14:34