Ruins of Greek temples in Italy

Two years ago I was at my friend in Sicily. It is an amazing island located between Europe and Africa.There a lot of famous landmarks there. But I admired ruins of Greek temples which were preserved for centuries. 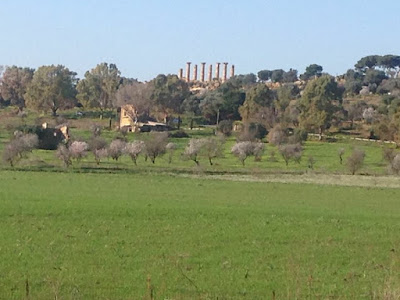 Some of the best-preserved ancient Greek temples in the world—yes, even better than those in Greece itself—dot a ridge near the modern city of Agrigento. They’re the remnants of Akragas, a powerful and storied city founded by the Greeks in the 6th century B.C. 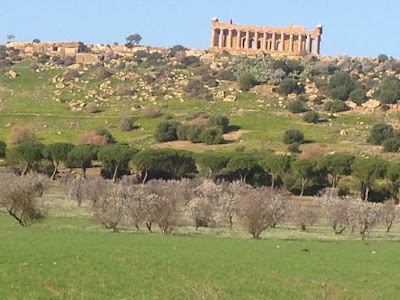 I got these photos from my friend yesterday.  you can see almonds trees are  in blooming - so it means spring is there and in the backgrounds ruins of the Greek temple.
Posted by Gosia at 22:33