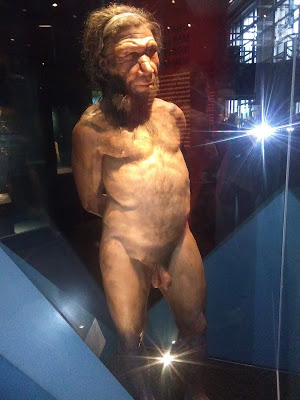 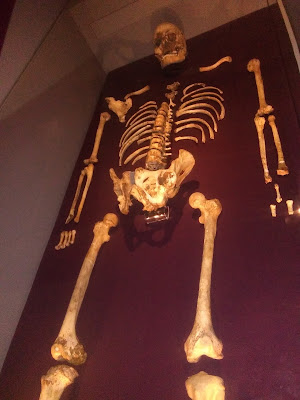 Cheddar Man is a human male fossil found in Gough's Cave in Cheddar Gorge, Somerset, England. The skeletal remains date to the Mesolithic (ca. 7150 BC), and it appears that he died a violent death. A large crater-like lesion just above the skull's right orbit suggests that the man may have also been suffering from a bone infection at the time. It is Britain’s oldest complete human skeleton.
Excavated in 1903, the remains are kept by the Natural History Museum in London, currently on display in the new Human Evolution gallery. A replica of the skeleton is exhibited in the "Cheddar Man and the Cannibals" museum in Cheddar village. The death of Cheddar Man remains a mystery. A hole in his skull suggests violence, and Gough's Cave was used for cannibalism, trophy display or secondary burial by pre-historic humans.[2] Speculation based on scientifically investigated known ritual or warfare practices which existed during this early period is inconclusive.