Easter Monday is a holiday in Poland. Wet Easter Monday (Dyngus Day) was traditionally the day boys tried to drench girls with squirt guns, buckets of water, and much more. The girls got their chances for revenge the following day. Now the Monday is usually celebrated by everyone drenching or sprinkling each other. According to Rev. Krysa, Dyngus Day is a commemoration of the birth of Christianity in Poland (966 A.D.) in which Holy Baptism was administered to Prince Mieszko on Easter Monday, uniting all of Poland under the banner of Christianity. The Dyngus custom is also reminiscent of the mass Baptisms that took place in the Lithuania after the marriage of Polish Queen Jadwiga and Lithuanian Duke Jagiello.

Smigus Dyngus (shming-oos-ding-oos) This term now refers to the Easter Monday drenching custom, although once signified a kind of house-to-house Easter trick or treating that has survived only in a few rural areas. The merrymakers often pulled along a special cart with a live or wooden rooster and received treats and drinks from the  households they visited. American Polonian descendants of the 1890s-1930s immigration often celebrate Dyngus Day with a polka dance. 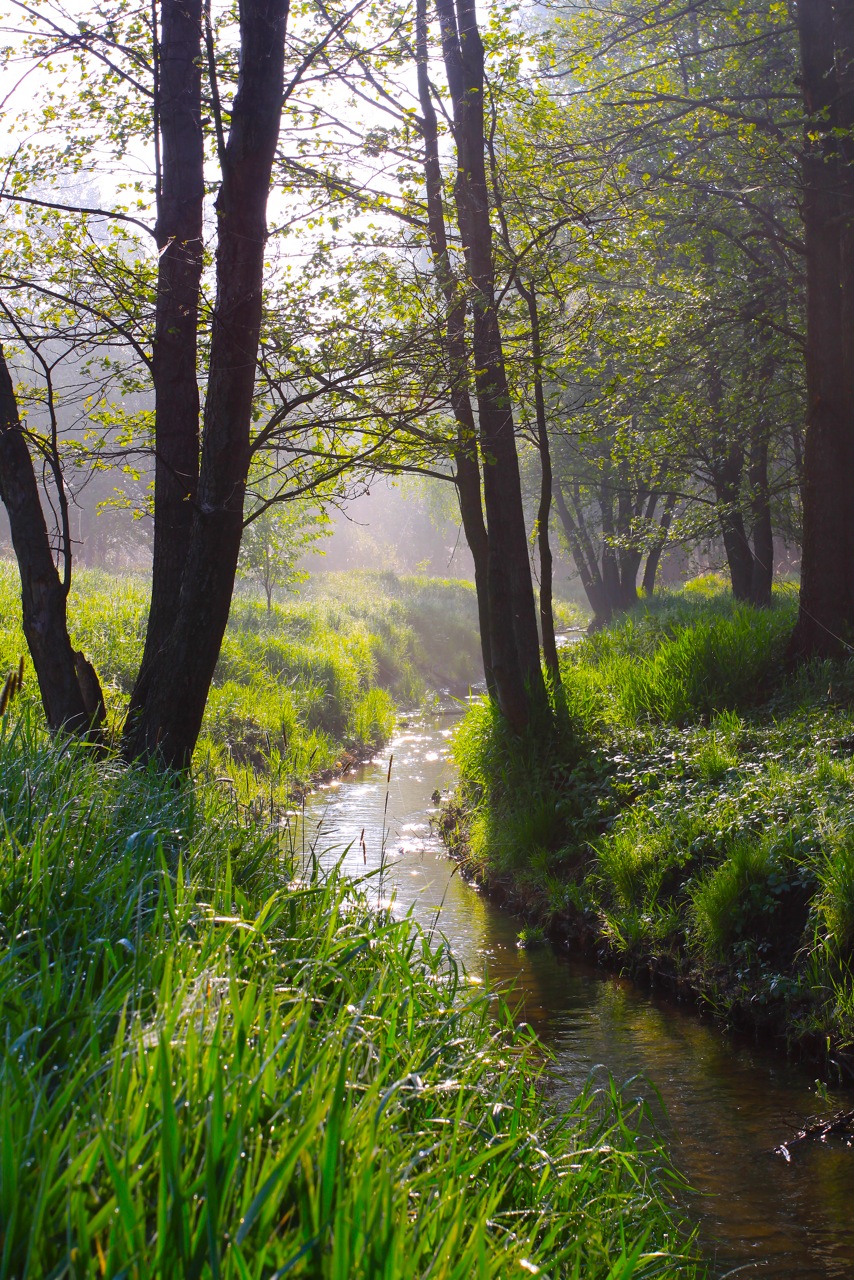 River Slepotka - located in Katowice.. in May 2104

Now this tradition is very popular in small towns and villages not in big cities.
Posted by Gosia at 22:30