30th July 2016
A commune Racalmuto is a municipality in Italy, Sicily, in the province of Agrigento. Rakalmuto is located about 510 kilometers to the south from Rome, 90 km to the south-east from Palermo and 16 km to the north-east from Agrigento.
A town Racalmuto became popular due to the fact that a Sicilian writer Leonardo Shasha was born and lived here. He is also buried at the local small cemetery.
Margerita theatre in Racalmuto is small but adorable one. 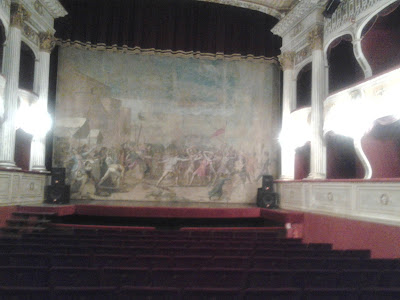 In the XX century Racalmuto was a major mining center of Sicily, but now this industry is not developing.
Today the town has received a great development of agriculture and tourism. Except the castle there is one more remarkable place in the town.

It is Queen Margaret Theater, which was built between 1870 and 1880. It can accommodate up to 350 people. The theater was built as an example of wealth of famous Racalmuto families who became rich due to extracting of sulfur and the work of the hired workers. The theater is located in the garden of the monastery of Santa Chiara, and its interior is decorated with frescoes by Giuseppe Cart – the creator of the curtain depicting the “Sicilian Vespers” and twelve backdrop of paintings by Giuseppe Kavalloro. 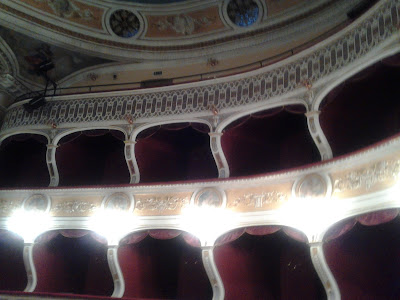 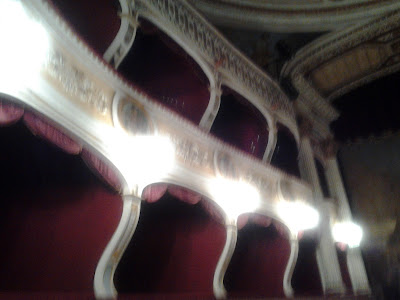