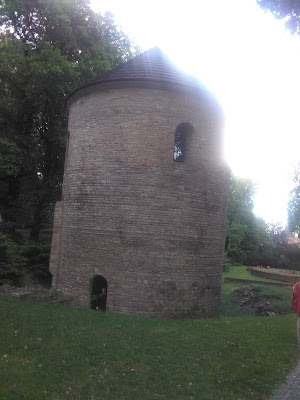 Rotunda of St. Nicholas in Cieszyn, erected in the 11th century, is the first stone ecclesiastic building built in Silesia and one of the oldest Romanesque structures in Poland. Full name of the church is Rotunda of Ss. Nicholas and Wenceslaus.)
Rotunda consists of a circular ground-plan nave with easter semicircular apse connected by three steps. The west part of the nave includes a gallery supported on three column arcades (reconstructed in the mid-20th century). The gallery can be entered directly from the castle. Initially, the rotunda functioned as a Cieszyn Castle chapel, however, it also served the borough people. In the written sources, the rotunda is mentioned for the first time in 1223 as the St. Nicholas chapel. Currently, the depression that the rotunda is placed appeared as a result of strewing earth over the ages. Originally, the ground level on the castle hill was at the same level as the rotunda base. The regular Roman Catholic services are held only during the chapel' patron celebration - Day of St. Nicholas (December 6th), but rotunda is opened for visitors whole year from 9:00-17:00 as a part of Cieszyn Castle complex. The image of the Rotunda can be found on the reverse side of the current Polish 20 Zloty note. 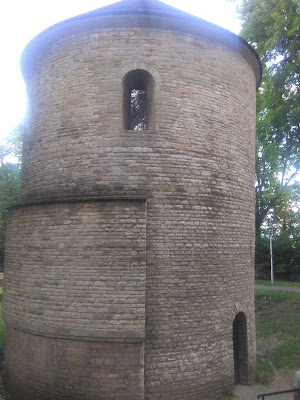