I spent bank holiday at home reaading and cycling in the afternnon. 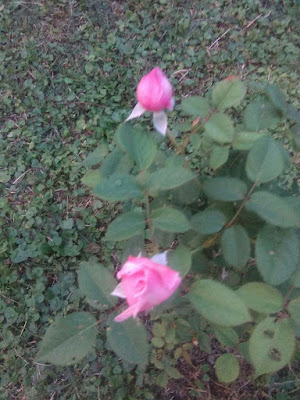 Roses from my garden. 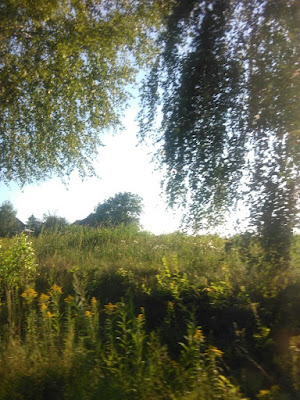 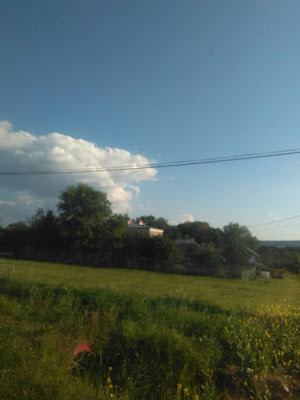 The Assumption of Mary, or the Day of Assumption, is an annual public holiday in Poland on August 15. It is also Polish Army Day as it is connected with the anniversary of the Battle of Warsaw in 1920.

What Do People Do?

Many people in Poland attend church masses on the Day of Assumption. A number of churches have services to remember Polish soldiers who died fighting for their country. Gatherings take place at some cemeteries where readings are made in honor of dead soldiers. Another ceremonious event on August 15 is the Change of Guards near the Tomb of the Unknown Soldier in Warsaw.
The Sanctuary of Jasna Góra in Czestochowa is a major destination point for pilgrims throughout and beyond Poland. Many pilgrims pray and sing while walking hundreds of kilometers for days.

The Day of Assumption is an official public holiday in Poland, so schools, banks, government offices and most private businesses are closed. There is a trade prohibition on public holidays in Poland. People intending to travel via public transport during public holidays must check with the public transit authorities on any changes to time schedules.

The Day of Assumption is connected to the anniversary of the Battle of Warsaw, fought from August 12-25 in 1920, during the war between the Poles and the Bolsheviks. This battle was considered a breakthrough battle – it decided not only Poland’s independence but it also blocked the spread of communism and Soviet totalitarianism in Europe during the 1920s. August 15 also honors the Catholic belief that God assumed the Virgin Mary into Heaven following her death. It is the principal feast day of the Virgin Mother.
Posted by Gosia at 12:37