Over 30 thousand couples of storks arrive in Poland every year, at the end of March. About one third of the whole European population of storks live in Poland, the last country in which they appear in such big numbers. In the West white storks are at the edge of extinction. There are about 3 thousand storks in Germany, 318 in Austria, and as little as only 30 in the whole territory of France. 15 thousand storks live in Ukraine and 10 thousand couples in Belarus. Belgian and Sweden do not have any storks at all, while Switzerland has started to import them from Algeria. 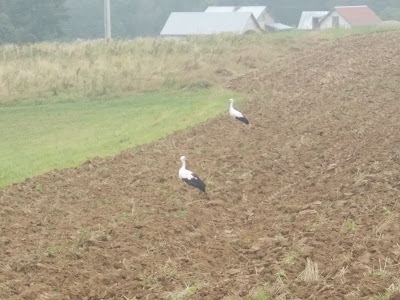 I am waiting for them. Photo was taken by me in the countryside last August..