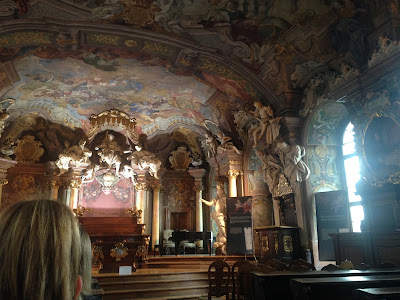 The University of Wrocła; German: Universität Breslau; Latin: Universitas Wratislaviensis) is a public research university located in Wrocław, Poland. Founded in 1702, it is one of the oldest collegiate-level institutions ofhigher education in Central Europe with around 30,000 students (2012). Throughout its history, it remained a great learning center of a German-speaking countries until territorial changes of Germany after World War II. Following the territorial changes of Poland after World War II academics primarily from Jan Kazimierz University of Lwów restored the university building heavily damaged and split as a result of the Siege of Breslau. The first lectures were conducted in the halls with broken windows.
The University is currently the largest in Lower Silesia with over 100,000 graduates since 1945 including some 1,900 researchers among whom many received the highest awards for their contribution to the development of scientific scholarship.[ 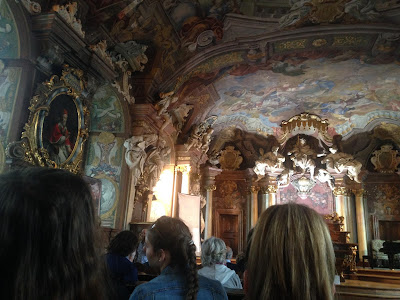 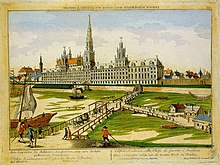 The oldest mention of the university in Wrocław comes from the foundation deed signed on July 20, 1505, by King Vladislaus II of Bohemia and Hungary (also known as Władysław Jagiellończyk) for the Generale litterarum Gymnasium in Wrocław. However, the new academic institution requested by the town council wasn't built because the King's deed was rejected by Pope Julius II for political reasons.[2] Also, the numerous wars and opposition from the Cracow Academy might have played a role. The first successful founding deed known as the Aurea bulla fundationis Universitatis Wratislaviensis was signed two centuries later, on October 1, 1702, by the Holy Roman Emperor Leopold I of the House of Austria, King of Hungary and Bohemia.[2]
The predecessor facilities, which existed since 1638, were converted into Jesuit school, and finally, upon instigation of the Jesuits and with the support of the Silesian Oberamtsrat (Second Secretary) Johannes Adrian von Plencken, donated as a university in 1702 by Emperor Leopold I as a School of Philosophy and Catholic Theology with the designated name Leopoldina. On 15 November 1702, the university opened. Johannes Adrian von Plencken also became chancellor of the University. As a Catholic institute in Protestant Breslau, the new university was an important instrument of the Counter-Reformation in Silesia. After Silesia passed to Prussia, the university lost its ideological character but remained a religious institution for the education of Catholic clergy in Prussia.[citation needed] 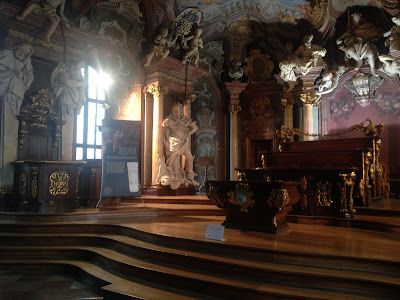 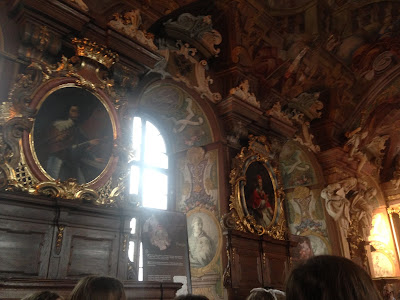 Aula Leopldina. Photos were taken bty my daughter.
Posted by Gosia at 21:53