Yesterday I took photo of this mural in autumn scenery in Katowice. The mural is not far from the city centre. Personally I love it. 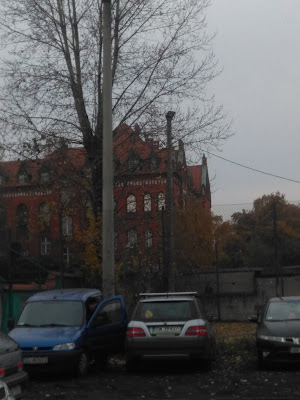 A lot of buildings were built from red brick in Katowice in 19th century. 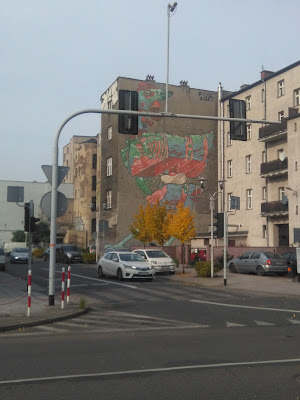 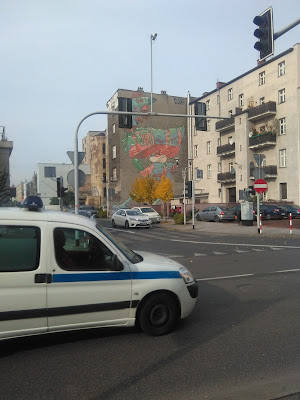 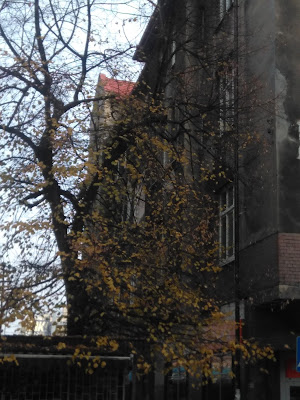 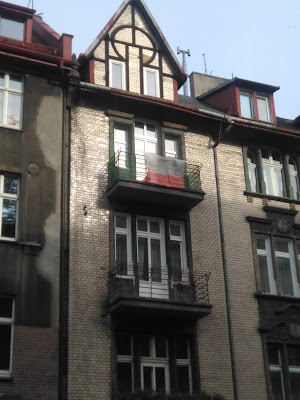 The house which dates back from 19th century in German style.. For a few centuries this part of Poland belonged to Germany. I like the architecture of this house.