Fabulous mushrooms but not edible..

16th October 2016
I have found it in my gaden raking leaves yesterday. I love the colour and the shape but I did not touch it. There were five mushrooms sittind under my apple tree. 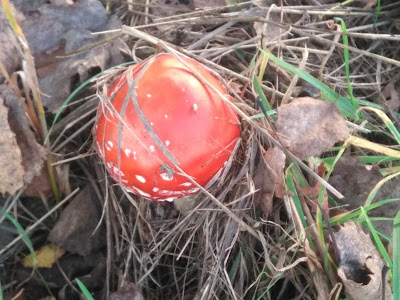 Amanita muscaria, commonly known as the fly agaric or fly amanita, is a mushroom and psychoactive basidiomycete fungus, one of many in the genus Amanita. Native throughout the temperate and boreal regions of the Northern Hemisphere, Amanita muscaria has been unintentionally introduced to many countries in the Southern Hemisphere, generally as a symbiont with pine and birch plantations, and is now a true cosmopolitan species. It associates with various deciduous and coniferous trees.
This iconic toadstool is a large white-gilled, white-spotted, usually red mushroom, and is one of the most recognisable and widely encountered in popular culture. Several subspecies with differing cap colour have been recognised, including the brown regalis (often considered a separate species), the yellow-orange flavivolvata, guessowii, formosa, and the pinkish persicina. Genetic studies published in 2006 and 2008 show several sharply delineated clades that may represent separate species.
Although classified as poisonous, reports of human deaths resulting from its ingestion are extremely rare. After parboiling—which weakens its toxicity and breaks down the mushroom's psychoactive substances—it is eaten in parts of Europe, Asia, and North America. Amanita muscaria is noted for its hallucinogenic properties, with its main psychoactive constituent being the compound muscimol. The mushroom was used as an intoxicant and entheogen by the peoples of Siberia, and has a religious significance in these cultures. There has been much speculation on possible traditional use of this mushroom as an intoxicant in other places such as the Middle East, Eurasia, North America, and Scandinavia. ( wiki) 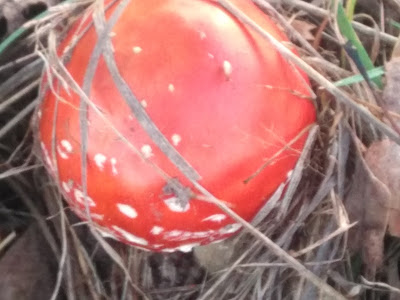 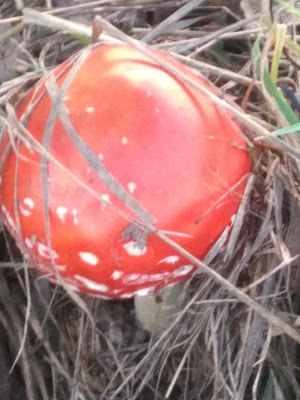 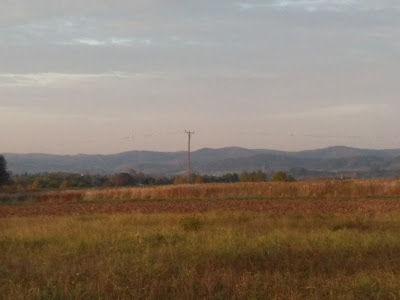 Typical landscape where I have my countryside house