Harrods the most elegant shop in London

Harrods is one of the most expensive department store in London. There are a lot of expensive shops under one roof. I was in Harrods twice and it seems so expensive for me. But I can admit there is a wide variety of products from around the world. And what is more you can buy almost everything what is accessible in the contemporary world.
It was many years ago when President of US Clinton visited Harrods and one of shop assistant asked him Sir, Can I help you. Yes, I would like yo buy an elephant. The answer was of course" Which elephant do would you like to buy African or Indian one? So all is possible
Save your money and do shopping in Harrods ? Why not? 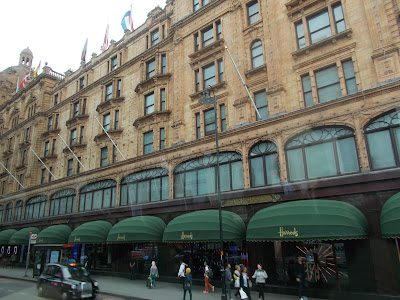 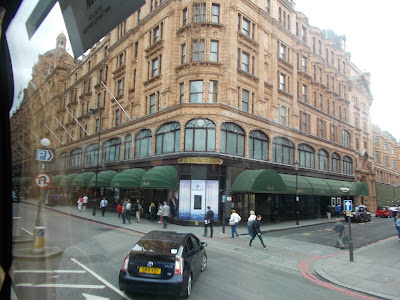 Harrods founder Charles Henry Harrod first established his business in 1834, aged 25. The business was located south of the River Thames in Southwark. The premises were located at 228 Borough High Street. He ran this business, variously listed as a draper, mercer and a haberdasher, certainly until 1831.[2][3][4] During 1825 the business was listed as 'Harrod and Wicking, Linen Drapers, Retail',[5] but this partnership was dissolved at the end of that year.[6] His first grocery business appears to be as ‘Harrod & Co.Grocers’ at 163 Upper Whitecross Street, Clerkenwell, E.C.1., in 1832.[7] In 1834 in London's East End, he established a wholesale grocery in Stepney, at 4, Cable Street, with a special interest in tea. In 1849, to escape the vice of the inner city and to capitalise on trade to the Great Exhibition of 1851 in nearby Hyde Park, Harrod took over a small shop in the district of Brompton, on the site of the current store. Beginning in a single room employing two assistants and a messenger boy, Harrod's son Charles Digby Harrod built the business into a thriving retail operation selling medicines, perfumes, stationery, fruits and vegetables. Harrods rapidly expanded, acquired the adjoining buildings, and employed one hundred people by 1880.
However, the store's booming fortunes were reversed in early December 1883, when it burnt to the ground. Remarkably, in view of this calamity, Charles Harrod fulfilled all of his commitments to his customers to make Christmas deliveries that year—and made a record profit in the process. In short order, a new building was built on the same site, and soon Harrods extended credit for the first time to its best customers, among them Oscar Wilde, Lillie Langtry, Ellen Terry, Charlie Chaplin, Noël Coward, Gertrude Lawrence, Laurence Olivier and Vivien Leigh, Sigmund Freud, A. A. Milne, and many members of theBritish Royal Family.
On Wednesday, 16 November 1898, Harrods debuted England's first "moving staircase" (escalator) in their Brompton Road stores; the device was actually a woven leather conveyor belt-like unit with a mahogany and "silver plate-glass" balustrade.[8] Nervous customers were offered brandy at the top to revive them after their 'ordeal'. The department store was purchased by the Fayed brothers in 1985 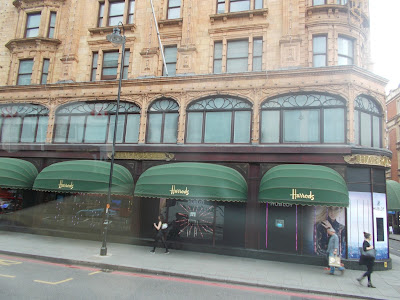 The owner of the shop- Mohamed Abdel Moneim Al-Fayed born 27 January 1929) is an Egyptian business magnate. Fayed's business interests include ownership of Hôtel Ritz Paris and formerly Harrods Department Store, Knightsbridge. Al-Fayed sold his ownership of Fulham F.C. to Shahid Khan in July 2013.[3] Fayed has four siblings: Ali, Salah, Soaad and Safia. Fayed's eldest son,Dodi, from his first marriage to Samira Khashoggi, died in a car crash in Paris along with Diana, Princess of Wales and driver Henri Paul on 31 August 1997. Fayed married Finnish socialite and former model Heini Wathén in 1985, with whom he had four children: Jasmine, Karim, Camilla and Omar. In 2013, Fayed's wealth was estimated at US$1.4 billion, making him the 1,031st-richest person in the world in 2013