Lately Silesian Museum in Katowice has been opened  in the new location so I took part in this nice ceremony. The museum is located in the centre of Katowice. Admission is free to 31st July. 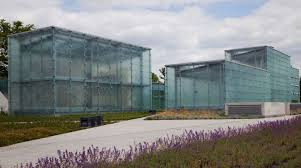 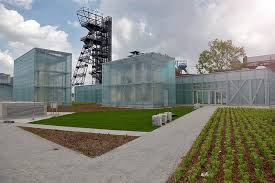 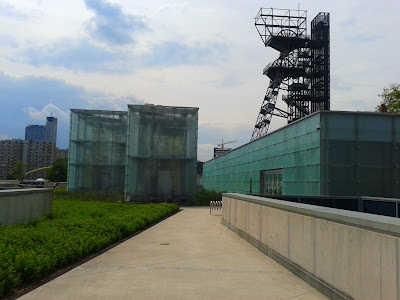 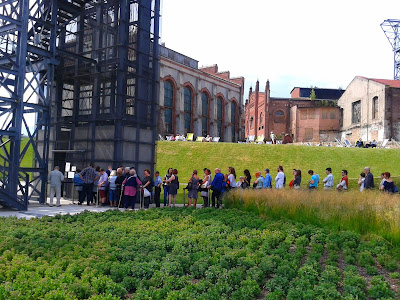 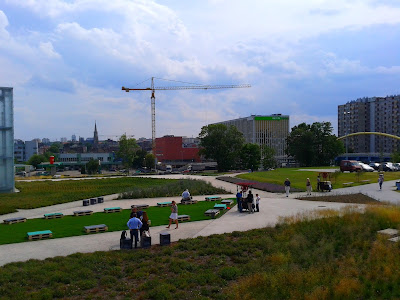 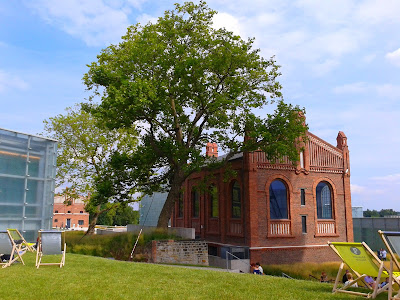 The main building of the museum has seven stories – four of which are above ground (offices are located there). Apart from this structure no new large objects were created on the premises of the museum – above ground one may only see glass boxes, through which the exhibition rooms are lit. These boxes are milky, semi-translucent, they resemble minimalistic lanterns sprouting from the post-industrial landscape. The whole architectural setting is dominated by the silhouette of the mining shaft's tower – a symbol most characteristic of Silesian landscapes.
"The heart” of the museum, the exhibitions, are located below ground level. This has an easily readable symbolic meaning – after all for centuries what was most precious in Silesia was extracted from below the ground. In the underground part of the complex one may find exhibition spaces lit from above, conference rooms and educational rooms, a library, museum workshops, technical, storage and auxiliary rooms as well as the main hall which is large enough to accommodate a concert or spectacle. The complex is to be officially opened in June 2015 – until then workers of the museum will be installing a permanent exhibition here.
The Silesian Museum was built near the famous Spodek, opposite the university campus and directly next to two other new and immensely important urban developments: the building of the Polish National Radio Symphony Orchestra and the International Congress Centre. Together with these developments the museum will create a complex of public utility objects, which will probably attract thousands of people and will constitute an important spot on the cultural and educational map of the region. 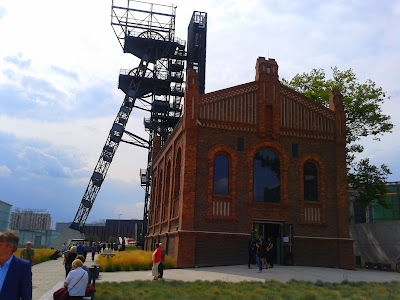