23rd July 2015
Storks are very big and beautiful birds.A lot of them live nearby my summer place.. So I  invite you for a day with storks.. 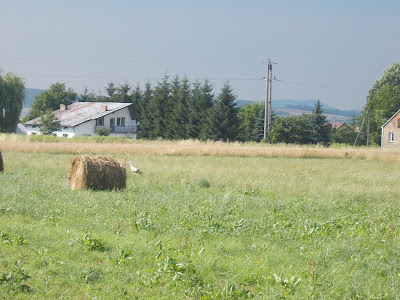 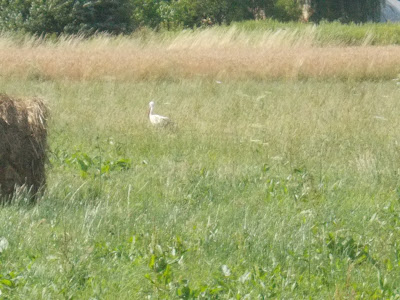 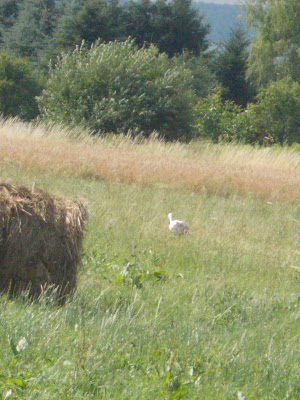 Each spring, Poland welcomes home roughly 25 percent of the nearly 325,000 white storks (scientific name Ciconia ciconia) that breed in Europe. When the storks return from their wintering grounds in Africa, they are attracted to tall trees or buildings where they build nests that often weigh up several tons.  People sometimes attach wagon wheels to rooftops and barns or tall poles near buildings in hopes of luring the birds to nest near their homes. Today, telecommunications companies put up special poles and nest supports for the storks.
Adult white storks are about 1 m (3 ft) tall, with long red legs, a straight pointed red bill, white plumage, and black wing feathers. They eat a wide variety of prey items including insects, frogs, toads, fish, rodents, snakes, lizards, earthworms, and other prey found on the ground.
Storks are considered to be silent birds, but white storks throw their heads back and clatter their upper and lower bills together rapidly, making a loud rattle.
The map below shows the average number of stork pairs per square km in each of the 16 provinces of Poland, with the greatest density in the east and northeastern areas. Nearly 41 thousand “couples” of the 160 thousand worldwide breed in Poland, thus, “every fourth stork is Polish.” (http://poland.pl/spec/storks/facts.htm andwww.bociany.pl)
Stork nests are huge: some old nests may be over 6 ft (2 m) in diameter and nearly 9 ft (3 m) in depth. They are constructed of branches and sticks and lined with twigs, grasses, sod, rags, and paper. Some nests have been in continuous use for hundreds of years . Breeding birds add to the nest each summer, with both males and females contributing to the construction.
Storks stay with one mate for the breeding season, but they do not migrate or over-winter together. If the same pair mates the next year, it is because of a strong attachment to the nesting site. The female usually lays 3–5 eggs, and both parents incubate the eggs for about one month. Young chicks are covered with white down and have black bills; their legs and bills slowly turn red as they mature.
Both parents bring food to the nest until the young fledge at 8–9 weeks of age. As the babies prepare for their first flight, they practice by jumping up from the ground floor of the nest, and then take small flights near the nest. Before the summer is over, they join their parents at the feeding grounds, which are usually near wet or marshy areas. Young birds reach sexual maturity when they are four years old, and can live and reproduce for over 30 years. 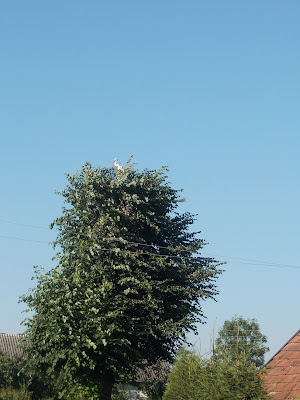 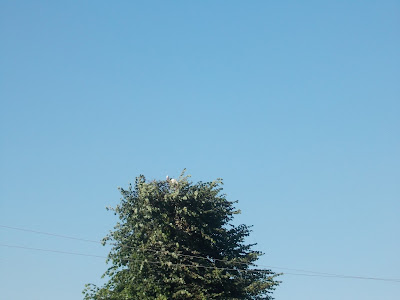 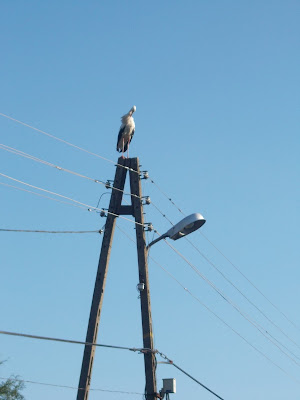 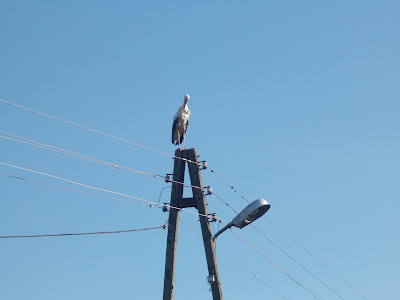 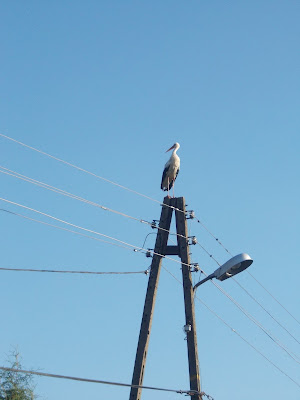 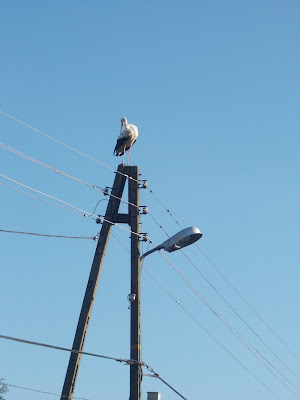 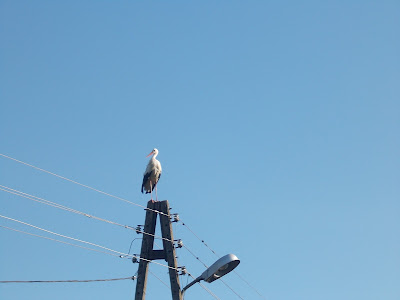 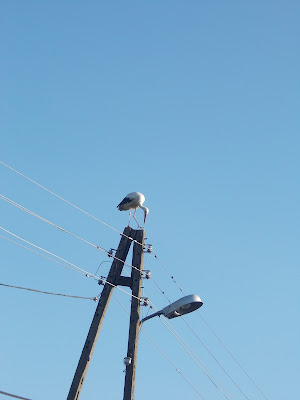 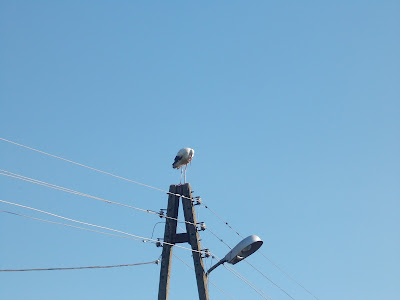 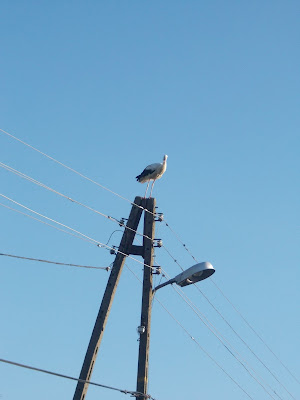 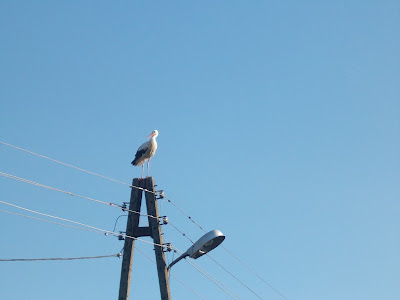 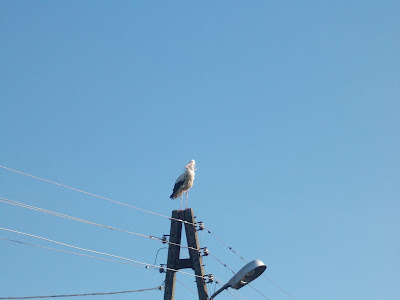 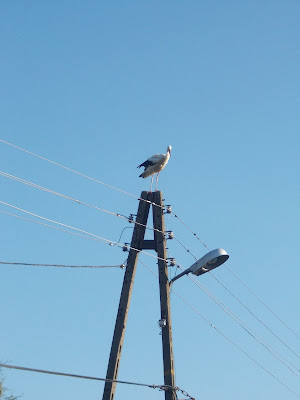 Have a nice day!!