Python Royal - is not my favourite pet.

As i have promises earlier I have uploaded photos of snake which lives at my friends' flat. Their son who is 12 years old cute boy takes care of him. If you want to have a snake in the apartment you have to get a special permission from City Hall. His royal python is 5 months old and 55 cm long. He is going to be about 2 metres if he is 15. 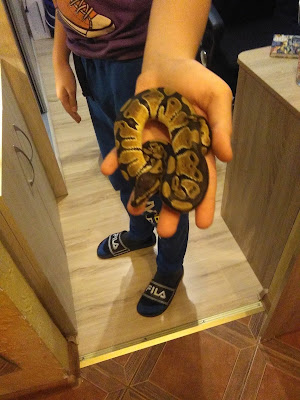 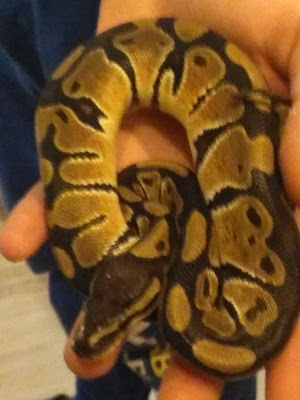 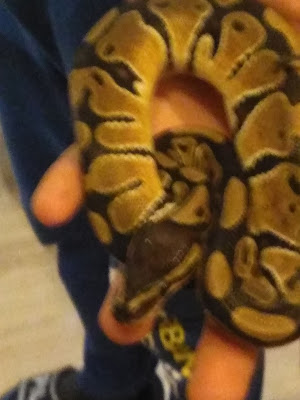 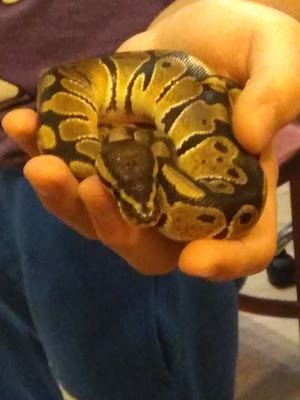 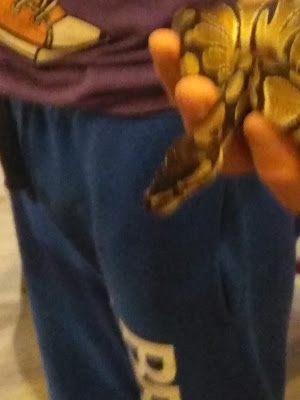 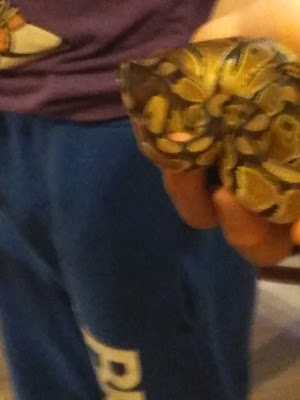 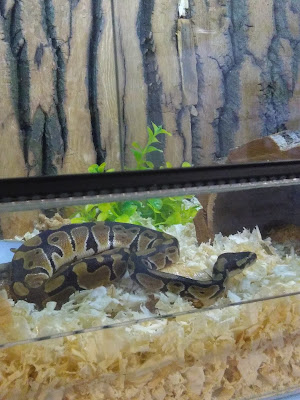 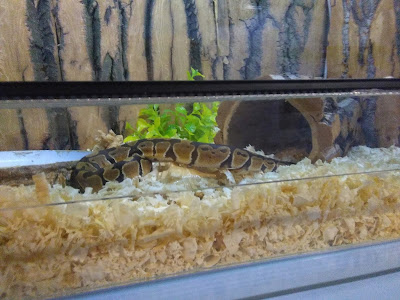 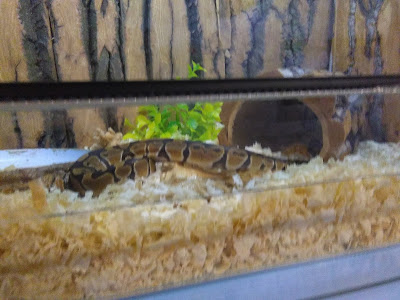 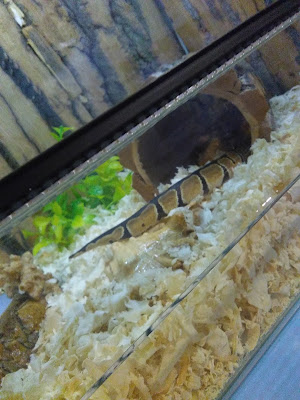 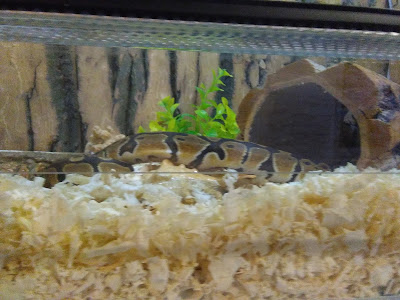 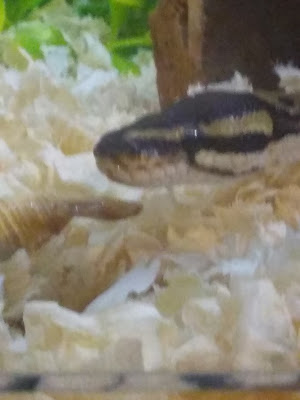 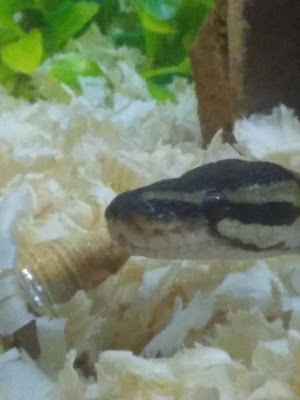 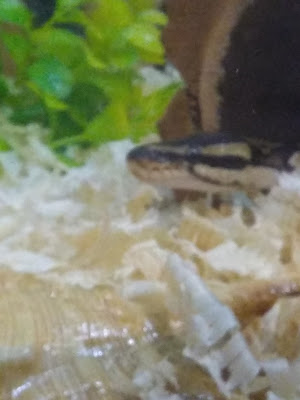 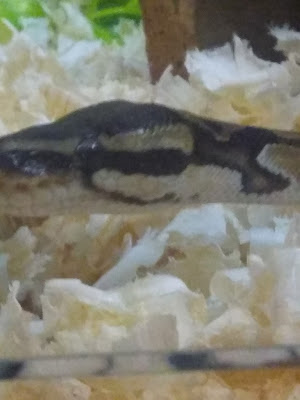 He lives in aquarium and eats 1 mouse per week . The owner buys him  mice in the pet shop and for me it is very cruel when he puts mouse to the aquarium. 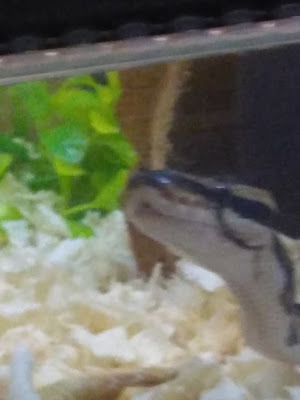 Now he is preparing to shed so he doesn't eat till March. 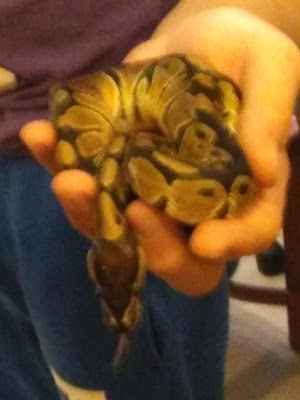 He shows his tongue because he feels the stranger nearby. I was afraid of him.

The ball python (Python regius), also known as the royal python, is a python species found in sub-Saharan Africa. Like all other pythons, it is a non-venomous constrictor. This is the smallest of the African pythons and is popular in the pet trade, largely due to its small size and typically docile temperament. No subspecies are currently recognized. They can live quite long, with the oldest on record living more than 47 years. To achieve something near this age in captivity they require proper care (clean tank, clean water, etc.). The name "ball python" refers to the animal's tendency to curl into a ball when stressed or frightened. The name royal python (from the Latin regius) comes from the fact that rulers in Africa would wear the python as jewelry.
In the wild, their diet consists mostly of small mammals, such as African soft-furred rats, shrews and striped mice. Younger individuals have also been known to feed on birds. Pythons imported from the wild tend to be picky eaters and may not respond to food as well as captive-bred pythons, which usually do well on domestic rats and mice, either live, killed, or frozen-thawed.Live feeding a snake can be dangerous for the snake involved and should never be attempted by inexperienced keepers. The size of the prey item given to a python should be equivalent to or slightly larger than the width of the largest part of its body. This python is known for being a picky eater and may not eat for months, particularly during the winter breeding season. While this is not odd, care should be taken to watch that the snake does not experience significant weight loss. Although captive ball pythons may only need to be fed once a week, many owners will feed their python two times a week, or more than one serving at a time. This is done to increase the weight and length of the snake. Most ball pythons will not eat when they are preparing to shed; there are some that will, however. Parasites can also cause the snake to not eat. Other causes of not eating are stress caused by over handling, temperatures that are too hot or too cold, humidity being too high or low, and not enough areas to hide within the vivarium. Viki 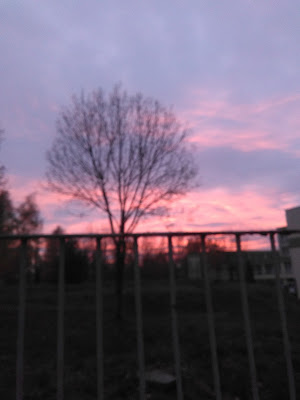 Halloween sunset. Have a peaceful night.