Buckingham Palace has served as the official London residence of Britain's sovereigns since 1837 and today is the administrative headquarters of the Monarch.
Although in use for the many official events and receptions held by The Queen, the State Rooms at Buckingham Palace are open to visitors every year. For visitor information, please visit the Royal Collection website.
Buckingham Palace has 775 rooms. These include 19 State rooms, 52 Royal and guest bedrooms, 188 staff bedrooms, 92 offices and 78 bathrooms. In measurements, the building is 108 metres long across the front, 120 metres deep (including the central quadrangle) and 24 metres high.
The Palace is very much a working building and the centrepiece of Britain's constitutional monarchy. It houses the offices of those who support the day-to-day activities and duties of The Queen and The Duke of Edinburgh and their immediate family.
The Palace is also the venue for great Royal ceremonies, State Visits and Investitures, all of which are organised by the Royal Household. 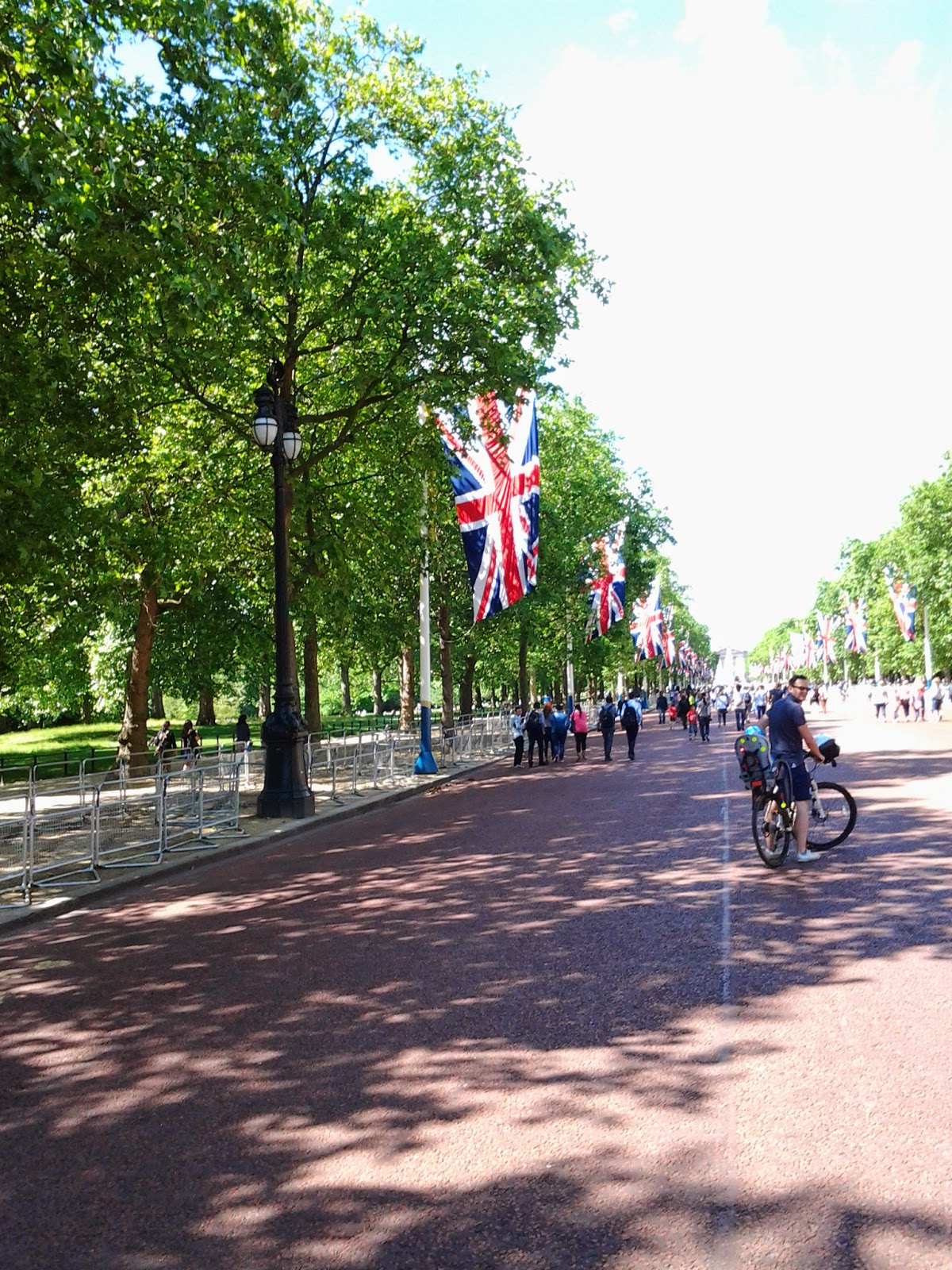 It was Sunday so the way towards Buckingham Palace wasn't very crowded.