I visited Biecz in 2011 before I started blogging. It is a small town located in the South - East of Poland.  It is very small town but full of landmarks.

By the mid-16th century, the city was one of the largest in Poland. Being a royal city, Biecz enjoyed an economic and social Renaissance during the 14th and 15th centuries which tapered off into a gradual decline starting during the 17th century. Today, it is a small, picturesque tourist town with numerous historical monuments.
( wikipedia. 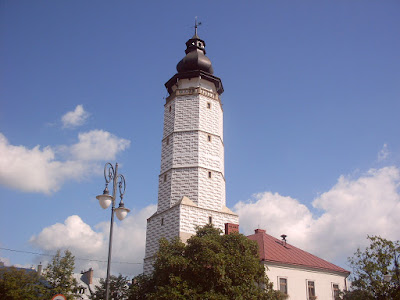 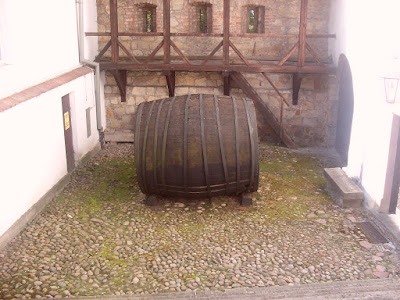 The barrel for beer from 17th century. 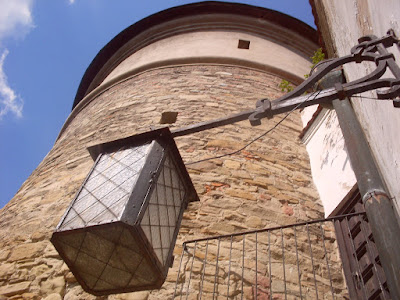 In Biecz there is a musuem of pharmacy which present the old medicines and herbs and the equipment of that time. 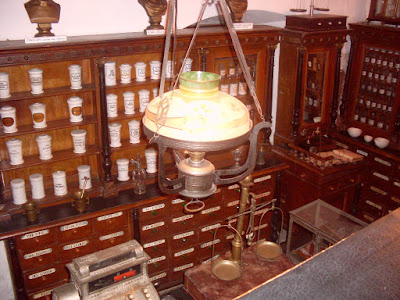 The area of Biecz has been settled periodically since the Neolithic period, though the first mentions of a named settlement date back to the 11th century. This early medieval town was approximately 500 metres (1,600 ft) from the modern one. By the 12th century, the town had become a castellany, and by the mid-14th century, it had been granted rights based on Magdeburg Law.
Biecz enjoyed a cultural and economic renaissance during the 14th and 15th centuries. Beginning in the 17th century, the town was beset by a number of natural disasters, including flooding, fires, and a plague which killed all but 30 inhabitants. The town suffered heavy population losses during World War II, including a public massacre of 200 local Jews in the market square in 1942. 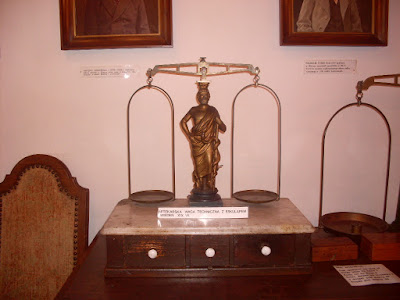 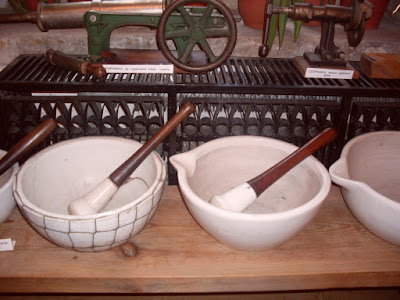 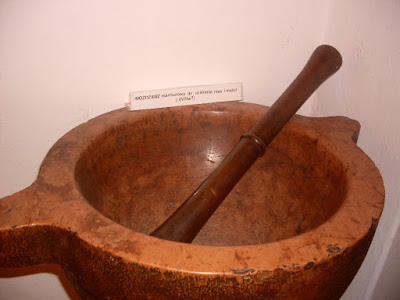 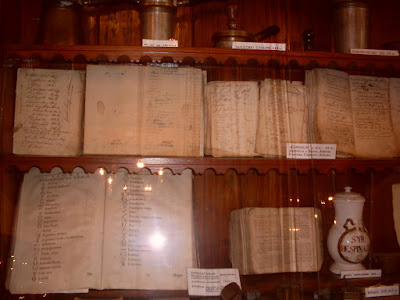 The Kromer House houses a cultural museum.
The Kromer House (Polish: Dom Kromera) is a 16th-century building that never actually belonged to Marcin Kromer. Built in 1519, only seven years after Kromer's birth, the building belonged to the wealthy Chodorów family.
Today the building houses a cultural museum that includes a number of important folk artifacts, art, and coins. The oldest exhibits include axeheads and related neolithic artefacts, as well as Roman and Byzantine coins, and medieval ceramics and weaponry. Other exhibits showcase historical weaponry and the day-to-day life of townspeople throughout history. 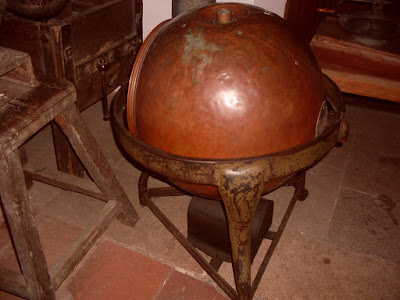 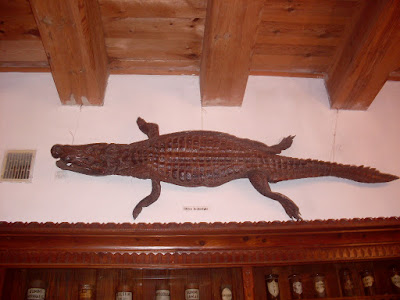 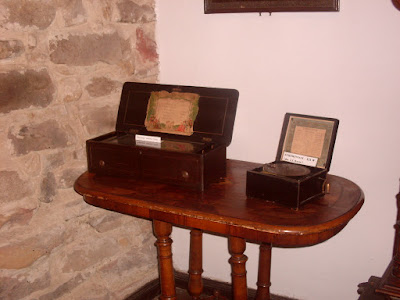 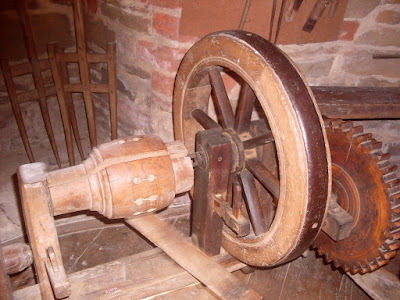 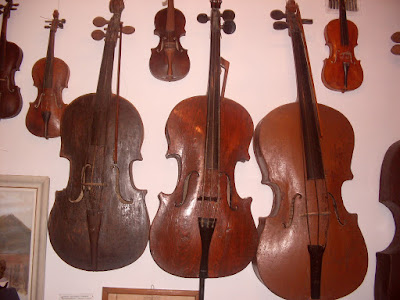 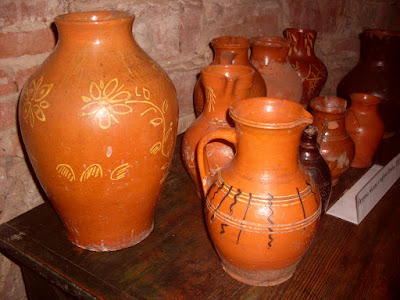 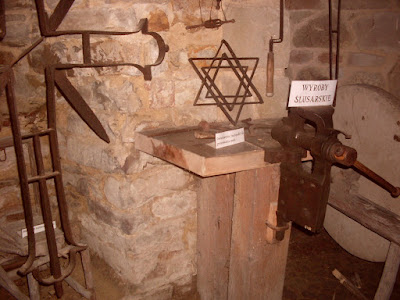 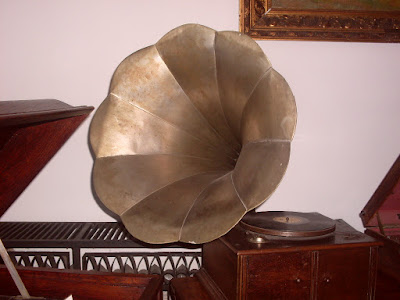 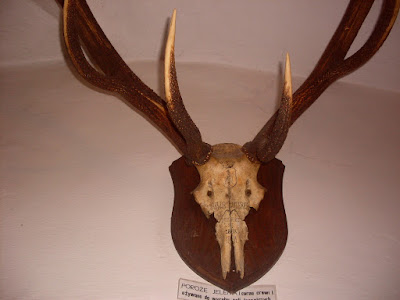 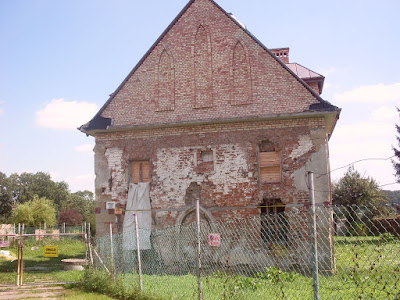 THe oldest hospital in Poland 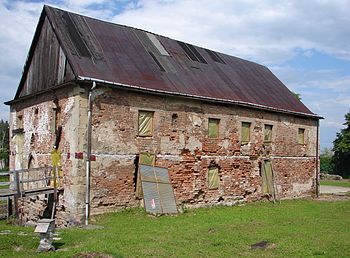 The Holy Spirit hospital is the oldest preserved hospital in Poland.
The Hospital of the Holy Spirit (Polish: Szpital św. Ducha) is the oldest preserved hospital in Poland. The Catholic church first began establishing hospitals in Western Europe during the 8th century. The first Polish hospitals were established during the 13th century, where they were administered by various religious orders. Each hospital had an attached parish and church.
By the late 14th century, Biecz had accumulated a population of over 3,000 residents, necessitating some form of public health service. On 25 July 1395, Queen Jadwiga signed a royal edict ordering the construction of the hospital, granting tax breaks for the duration of construction, and earmarking two fiefs, a folwark, 3 fish ponds, and a town square near the city walls for construction. The budget provided by the queen for construction was one of the largest of its kind in the country.
In the 18th century, the church attached to the hospital was demolished, and in the 19th century, the hospital was renovated. The hospital continued to administer to the poor until 1950, when it was converted into a boys' boarding school. After a new school building had been built, the hospital was abandoned, and began to fall into a state of disrepair. Attempts to restore the buildings began during the 1980s, but were disrupted due to political changes in Poland. Due to difficult economic times during from 1991–97, only the walls and roofs have been preserved at present.
The hospital is in the eastern part of the city, and consists of a two-story building measuring 21 by 10.5 metres (69 ft × 34 ft). The eastern and western walls are decorated with patterns made from dark, strongly fired bricks. The eastern wall has two entries, while the west has one stone entry that has since been walled over. Above the stone entryway is a stone sculpture of the Polish coat of arms with the date 1487, that was probably moved there from the remnants of the third castle during the 17th century.( wikipedia)