In the wildnerness Saint John lived.. 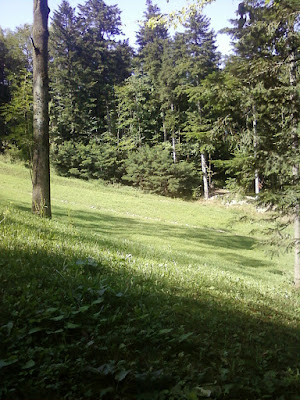 I visited this charming place last summer. The place is really unique and nature unspoilt.
In the middle in the forest there is a small hut where the hermit John lived for many years.  Later the hermit became Saint John and the place is popular with visitors each season but mainly in the summer. 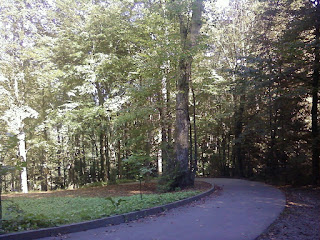 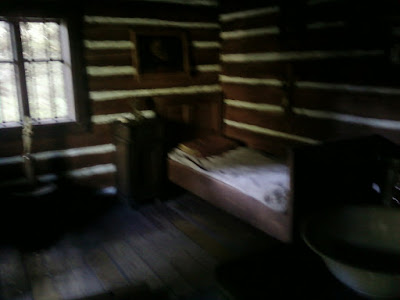 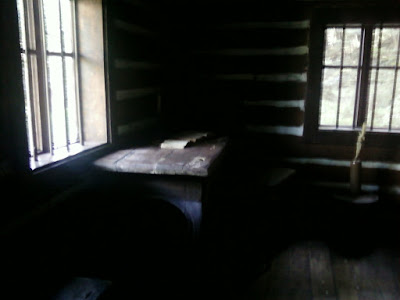 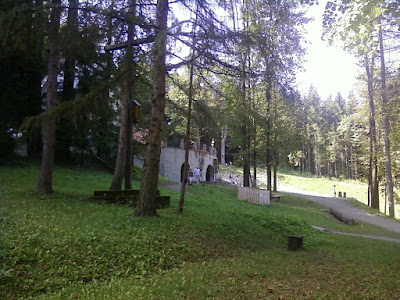 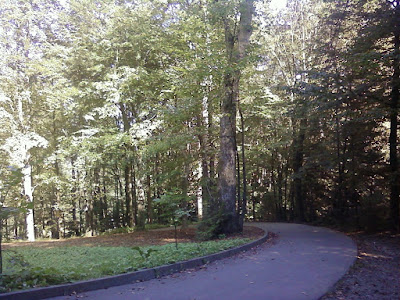 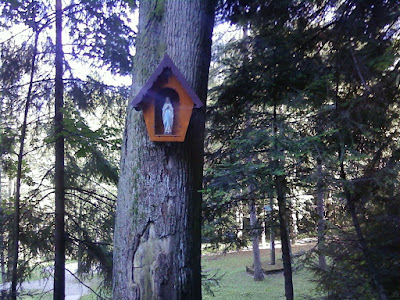 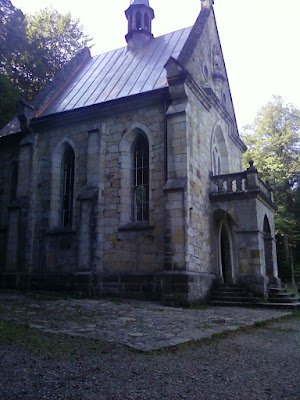 In the place where St. john lived the small church was built. Mass is at 10 a.m. every Sunday.. 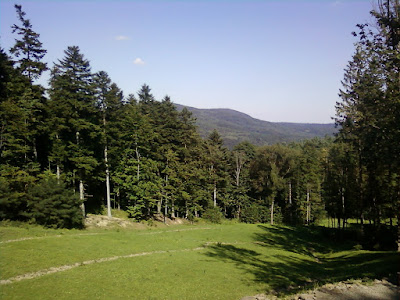 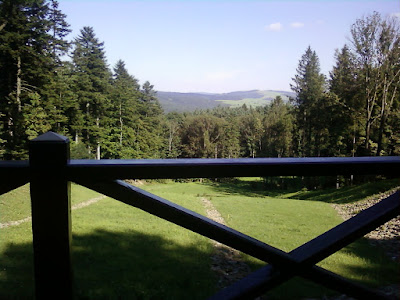 St. John of Dukla
The life and work of St. John of Dukla
John of Dukla was born around 1414 in a middle-class Catholic family in Dukla, a city on the trade route from Poland to Hungary. According to ancient tradition, confirmed in the seventeenth century by the office of the Mayor of Dukla. At a young age John led the life of a hermit in the vicinity of Dukla, in the Zaśpit grotto and under Mount Cergowa. He joined the Friars Minor Order at mature age, already having a thorough knowledge of theology and the German language. After his ordination to the priesthood, John of Dukla held many important functions, both in monastic life and society. John of Dukla held a position of a superior monk in Krosno and Lvov monasteries and the curator of the Ruthenian Custody centre in Lvov. He also did pastoral work among German burghers gathered at the Hospital Holy Spirit Church in Lvov, where he became famous for his inspiring sermons. In 1461 he took active part in reducing the burdens for the peasants of the monastery village of Czyszki near Lvov. Driven by the desire for a more perfect religious life, closer to the Franciscan ideals, in 1463 he joined the Order of Friars Minor of the Regular Observance, known in Poland as Bernardienes, among whom he spent 21 years. He spent a significant part of his life in the monastery in Lvov, exercising the office of preacher and confessor. He also lived in Poznań for a short time. John of Dukla conducted extensive charity work. He personally visited the sick, administered sacraments to them, asked the rich to provide handouts for the poor and shared his meals with the hungry at the convent gate. On Wednesday, September 29, 1484, John of Dukla died in his Lvov monastery cell. He was buried without a coffin in a grave located in the choir of St. Bernardine of Siena and Saint Andrew the Apostle Church in Lvov.
Beatification

The growing cult of John of Dukla encouraged the Bernardine Order in Lvov to commence official efforts to initialize the official process of confirming his sainthood by the ecclesiastical authorities. The preparation for the beatification lasted over a hundred years and was actively supported by the Polish King Sigismund III Vasa, the Archbishop of Lvov Jan Andrzej Próchnicki and the Bishop of Cracow Marcin Szyszkowski. Eventually, Pope Clement XII approved the judgment of the Sacred Congregation of Rites and, on January 21, 1733, officially included John of Dukla among the Blessed.

Daily he read the rule, and out of love for holy poverty he wished to have no other book. It grieved him deeply to witness even the slightest violation of the rule. He himself submitted promptly and cheerfully to all the directions of his superiors. He practiced severe mortification, kept vigils in prayer through many hours of the night, was continually active as a director of souls, and practiced great devotion to the Blessed Virgin Mary.
Saint John of Dukla had the special gift of reconciling people who were at variance with each other. He also labored with great zeal to bring the schismatic Ruthenians and Armenians back to unity with the Catholic Church.
When he was nearly seventy years old, he was afflicted by God with blindness. But John bore this affliction with great patience, and did not slacken his activities until his blessed death in the year 1484. His tomb in the Franciscan church at Lwow has been glorified by many miracles. Several of the kings of Poland interested themselves in his canonization; and at the request of the people, Pope Clement XII permitted Blessed John of Dukla to be numbered among the principal patrons of the Poles and Lithuanians. Pope John Paul II canonized John in the year 1994.
Prayer of the Church:
O God, who didst adorn Blessed John, Thy confessor, with the gifts of exceptional humility and patience, graciously grant that we may imitate his example and share in his reward. Through Christ Our Lord. Amen. ( wikipedia).
×Powered By Capricornus