The idea to organise traditional gathering around the Nativity Crib was born in Apennines Italy. In December 1223, St. Francis of Assisi arranged a Nativity scene in a grotto near Greccio.

Nativity plays soon spread wide throughout Italy and all of Europe. Originally they were held by the friars of the Order of St. Francis. The ritual became popular in France, Spain, Germany and Poland.
But the most interesting Nativity scenes originate in Cracow.  The began to built fine palaces for
Little Jesus , inspired by St Mary's tower, the Barbican walls, the Town Hall, the parapet of the Cloth Hall, ambulatories from Wawel Castle, which combined to offer a setting for the Nativity scene. The 150 year old tradition of Nativity cribs is still alive in Cracow. Since 1937 every first Thursday of December, dozens of colourful structures can be admired  at the foot of Mickiewicz's Monument. The annual competition gathers the old and young architects of these fairy-tale palaces.
The finest Nativity cribs are later exhibited at the City of Crakow Historical Museum, under the auspices of which the event is held. 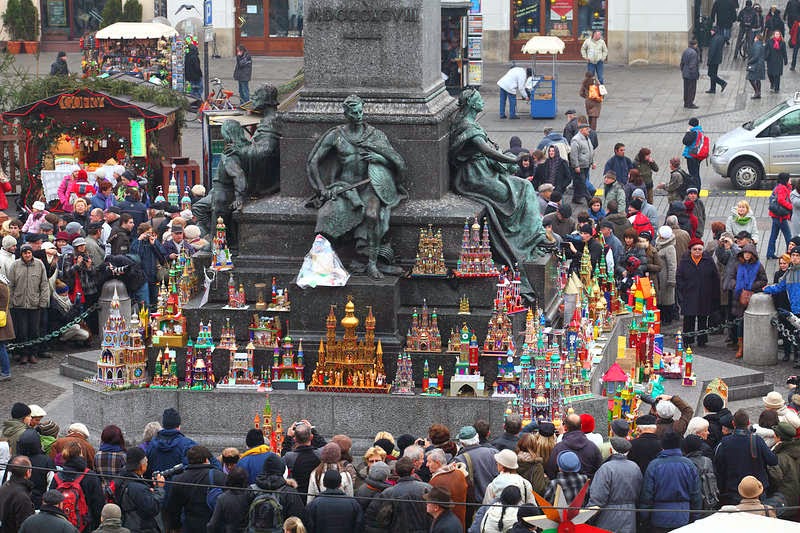 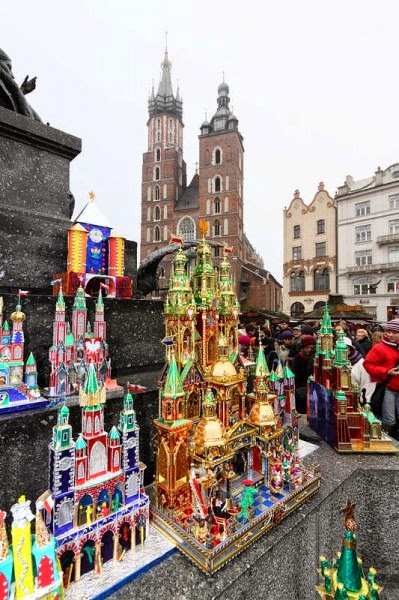