Katowice, hosts the Division I Group A, which will consist of Japan, Austria, Slovenia, Italy and Korea and host Poland, in the 2016 International Ice Hockey World Championship Tournament. To be held from April 23 to 29, the winner will be promoted to the top division for the 2017 IIHF Ice Hockey World Championship to be hosted by Germany and France. 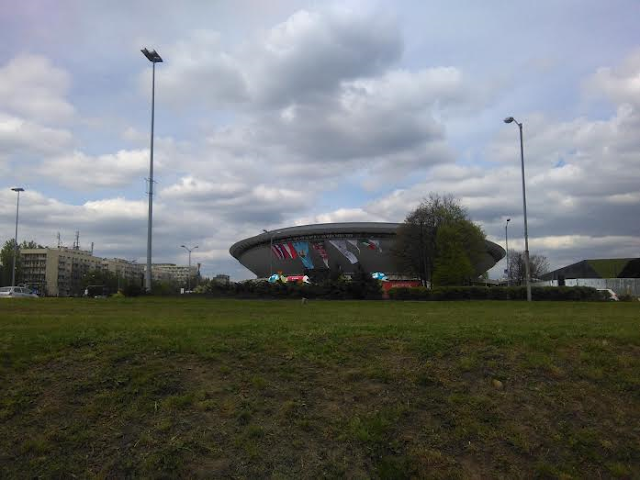 ICE HOCKEY TOURNAMENT IS HERE!!!! KATOWICE SAUCER!!!
Photo was taken today in the afternoon.
Posted by Gosia at 12:46