Light is very important in our life

1st January 2016
On 30th December 2015 we were in Krosno a charming town located in the South - East Poland. Walking on the streets I came across a nice monument of Ignacy Lukasiewicz - famous Polish. 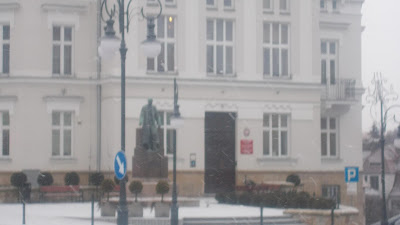 Jan Józef Ignacy Łukasiewicz (Polish pronunciation: [wukaˈɕɛvʲitʂ]; 1822–82) was a Polish] pharmacist and petroleum industry pioneer who in 1856 built the world's first oil refinery. His achievements included the discovery of how to distill kerosene from seep oil, the invention of the modern kerosene lamp (1853), the introduction of the first modern street lamp in Europe (1853), and the construction of the world's first modern oil well (1854).
Łukasiewicz became a wealthy man and one of the most prominent philanthropists in Central Europe's Galicia. Because of his support for the region's economic development, a popular saying attributed all paved roads to his guldens. 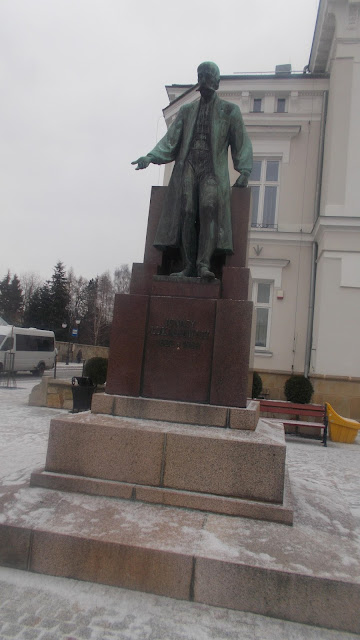 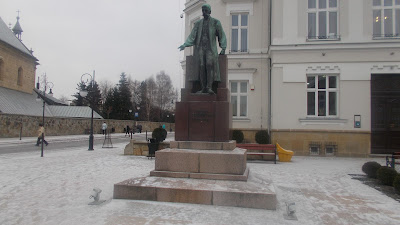 It was frosty and windy day and it was unusual that was snowing there because we don't have any snow this winter,.

I think that Andrew- Highriser
( http://highriser.blogspot.com/ )will be satisfied because he asked me to show some snow so I did it. So Andrew this cold post is for you. I love his blog because Highriser is a hard working man who writes every day so interesting post. I have never known so much about Australia but now I am well-educated about this vast continent.
I believe now you feel colder looking at these photos.

Here in Upper Silesia we don't have any snow right now instead the days are frosty but wonderfully sunny. The weather is going to be very mild in January- my favourite one.