The Monument to the Evacuated Children in Gdansk

12th August 2015
Next to the main railway station in Gdansk thee is an interesting monument presenting children with their suitcases. It commemorates Jewish children  which were evacuated from Gdańsk to Britain ( 1938-1939)  in what became known as ‘kindertransports’. Sculptor Frank Meisler was one of them, and on May 6, 2009 his memorial to this exodus was unveiled outside Gdańsk Główny train station. 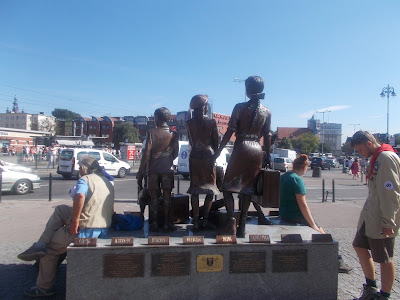 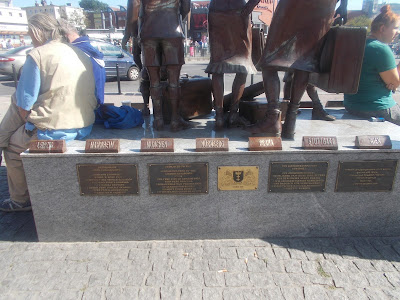 The monument commemorates the transports of Jewish children from Germany and other territories occupied by Germany to the United Kingdom, whose government agreed to admit an unlimited number of children. By September 1, 1939, when the final transport arrived, over 10,000 children had been taken, including some 100 from Gdansk. The bronze monument depicts five children of different ages standing on a platform right before the train leaves.
The first monument commemorating the Kindertransport effort was erected in London in 2006 on the initiative of the Jewish Care organisation under the auspices of Prince Charles. The monument stands near Liverpool Street Station, which was the destination of the Kindertransports and depicts a group of Jewish children with hand luggage and a train rail which symbolises the journey into the unknown. The second Kindertransport Monument was unveiled in autumn 2008 by the Friedrichstrasse train station in Berlin. The Monument’s name is Zuge in das Leben - Zuge in den Tod (Trains to Life – Trains to Death) and depicts two groups of children on train tracks: a smaller group which was saved thanks to the Kindertransports and a larger group which went to the Nazi death camps. The Gdansk monument completes the entire cycle. The artist’s concept is that the children in the Gdansk Monument are the same figures as those who get off the train at Liverpool Street Station in London. In Gdansk, the primary subject is departure, saying goodbye to your birthplace and parting – most usually forever – with your families. The bronze monument was designed by Frank Meisler, a sculptor born in Gdansk who was himself one of the children of the Kindertransports. It was at the train station in Gdansk that he saw his parents for the last time. The sculpture is very emotional, it depicts five children of different ages waiting for the train with their modest luggage. 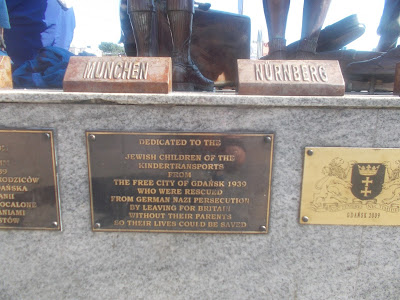 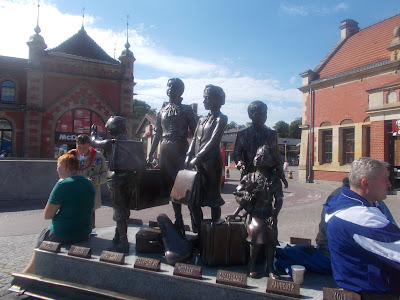 Some people who are waiting for trains sitting there..