This lovely church with rich history is located near the city centre so very popular with tourists.
This 14th century brick church, the former parish church of the Old Town and where Hevelius was once church administrator, is also his final resting place. You will find his tomb at the rear behind the altar along with an epitaph funded by his grandson nearly 100 years after the great man's death. 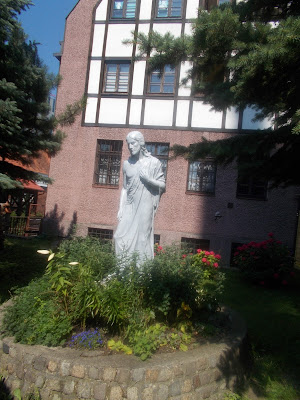 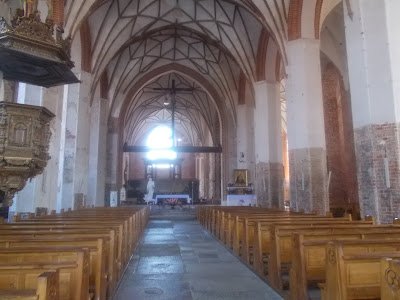 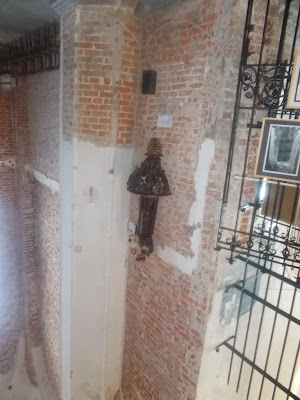 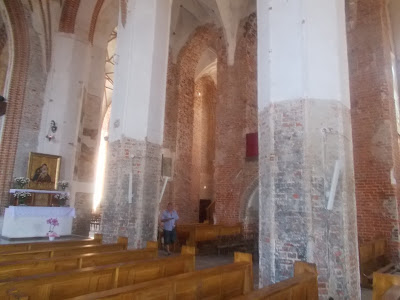 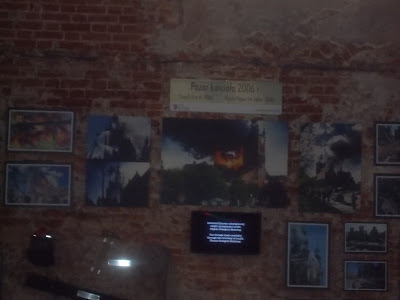 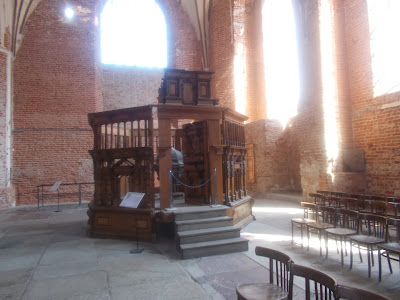 The Church inside after fire in 2006. Definitely needs renovation..

Following a fire in 2006, which resulted in the ceiling collapsing, work to restore the church took a number of years. A fairly spartan scene, the highlight is a 76 metre baroque tower housing a 49-bell carillon, which has chimed on the hour - every hour - since the 50th anniversary of the outbreak of WWII in 1939. The tower contains a small museum dedicated to clock towers but this is only open to the public in the summer.