I love big cities - so Katowice, too.

I prefer big cities to small one. I love walking and doing shopping there. I know thee atre crowded and busy but it doesn't mind for me...  Katowice is one of my favourite city in Poland. I love Tricity, too but it is about 700 km from my place. Katowice is a young city but there are a lot of interesting landmarks, here. It worth visiting.

Foreign travellers putting together their Polish tourist itineraries have a tendency to overlook Katowice and the greater Silesian Metropolis altogether. The same goes for most Poles who long ago wrote Katowice off as nothing more than a coal dust covered backwater. Oh how wrong they are. The last few years have seen this historically working class city emerge from a decades-long post-industrial funk and is now rapidly becoming one of the most innovative, culturally dynamic and economically vibrant regions in all of Poland.  With vast infrastructure and renovations projects underway across the region, Katowice’s future looks even brighter.

Beginning life as a small, German-speaking town called Kattowitz in the early part of the 19th century, Katowice was incorporated within the borders of a new post-WWI Polish state, and thanks to its disparate racial and cultural heritage offers visitors a fascinating jumble of German Gothic, inter-war Art Nouveau and some shockingly different socialist architecture, all intermingled with a growing number of glistening capitalist palaces. 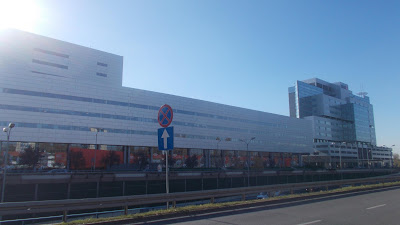 The most common bank in Europe - ING Bank 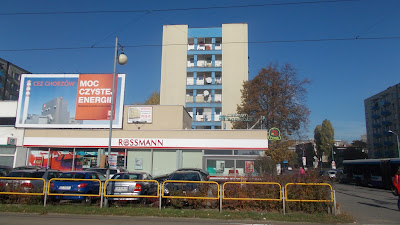 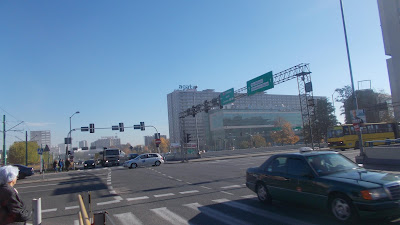 A sneaky gliTmpse under the cultural carpet reveals, among other delightful surprises, Poland's largest cathedral, one of the best museums in southern PL, a vast park filled with truly magnificent things to see and do, a bar scene to shame many of the country's so-called cutting edge cities and a reinforced concrete building that looks like a spaceship and plays music from Close Encounters of the Third Kind.Marvellous.

But hold on a second, what about this whole Silesian Metropolis thing? Good question. Silesia (or Śląskin Polish) is generally considered to be the region surrounding Katowice which has certain definite geographic boundaries  in some parts, while seemingly endlessly expansive in other parts.  The somewhat nebulous Silesia is not to be confused with the very concrete municipal province of Upper Silesia (Górny Śląsk) of which Katowice is the regional capital.  Silesia then, in some ways, is an abstract concept and a geographical anomaly. The region spreads out from Katowice’s suburbs and sprawls into a matrix of towns and cities that were once historically connected through heavy industry and political autonomy.  This shared history helped forge a strong regional identity and indeed Silesia has its own dialect (Silesian) which is a mix of Polish, German and Czech. 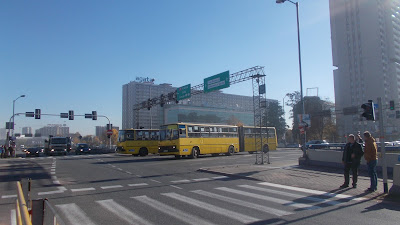 The situated near city centre.. 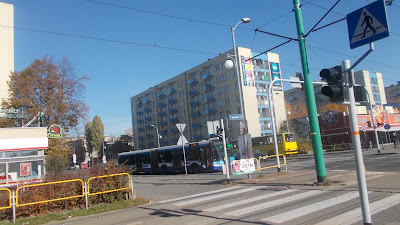 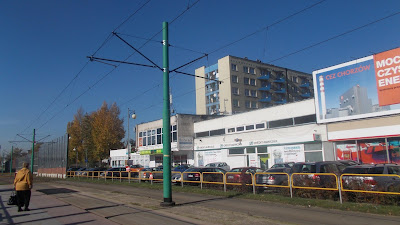 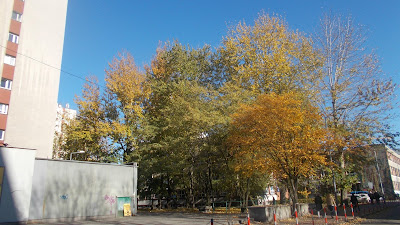 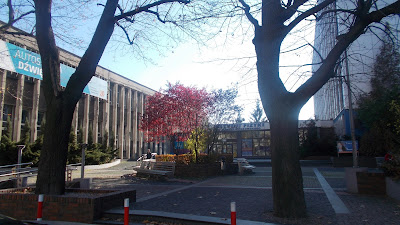 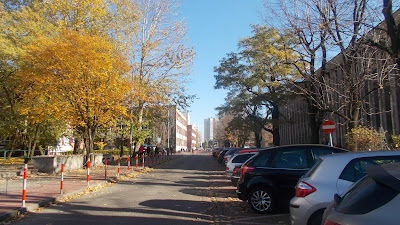 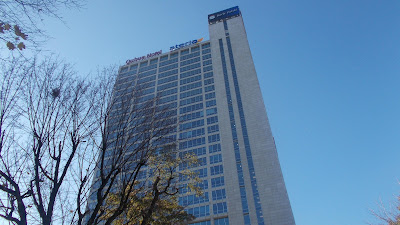 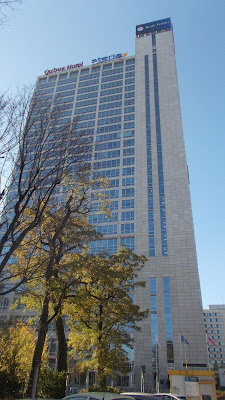 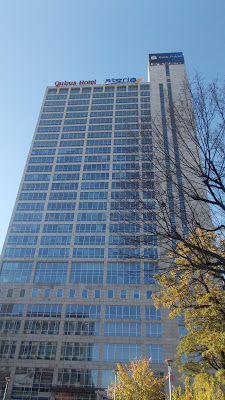 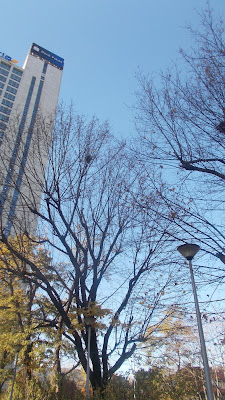 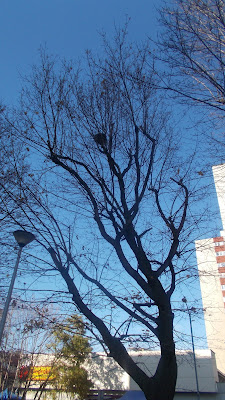 The trees are bare  because lately the weather was windy but sunny. 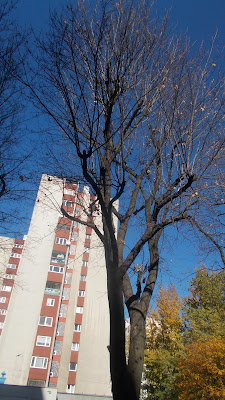 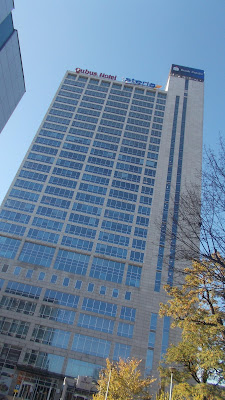 Have a sunny Sunday and Halloween!!!!