For centuries my ancestors lived in South- East of Poland. In the past after partition of Poland this part belonged to Austria.This part of my homeland was fantastic but definitely very poor and underdeveloped. My ancestors had a lot of children - families were big at that time because children had to help their parents on the farm to survive. At that time the weather was changeable and the farming underdeveloped so they experienced famine. I believe  living in that harsh conditions they decided to travel to US. So they sold part of their farm to buy ship tickets to the dream land,.
From Vikipedia
Poverty in Galicia was extreme, particularly in the late 19th century. Galicia in that period has been described as not only the poorest province of the Austro-Hungary, but the poorest province of Europe. Reasons for this poverty included little interest in reform from the major landholders and the Austrian government, population growth resulting in small peasant plots, lack of education and primitive agricultural techniques, and a vicious circle of chronic malnutrition, famine, and disease, reducing productivity. Poverty in the province was so widespread that the term "Galician misery" or "Galician poverty" has become proverbial.

But it turned out that dream land was not so friendly for them. Why?
Firstly they didn't know language. Secondly they didn't have any jobs. Thirdly they were Roman Catholic which was not acceptable by most people in the new land. My great grandfather who emigrated to Pennsylvania and worked as  a steel worker working in a very bad condition caught pneumonia and died at the age of 36 leaving his family without bread winner... 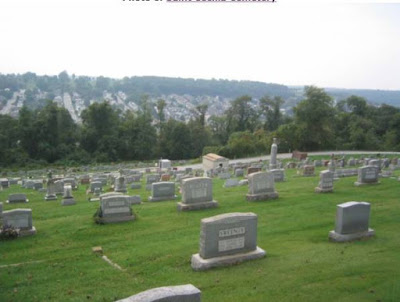 After 20 year of searching I have his gave on this cemetery in Coatesville -PA. 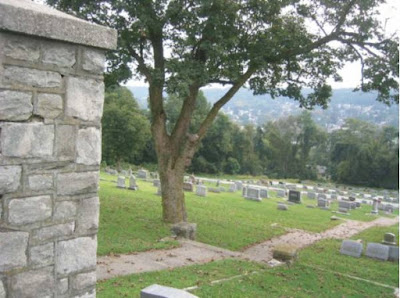 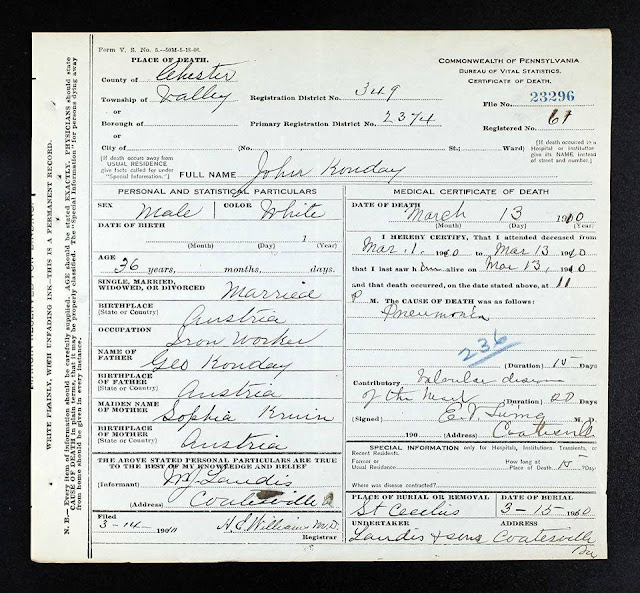 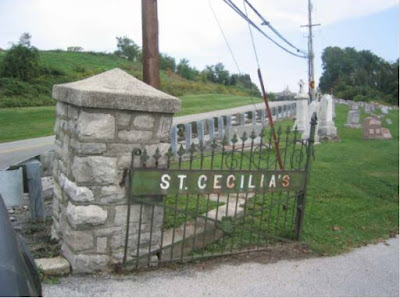