The old Power Station in Bytom

5th October 2015
This power station is located anbput 2 km from my house. It looks really big and so old, 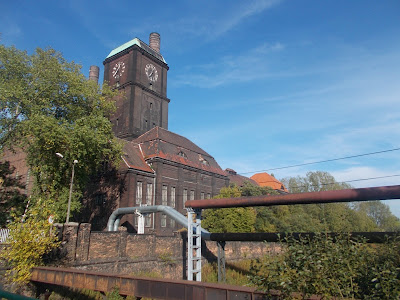 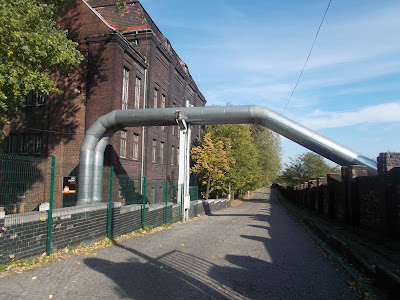 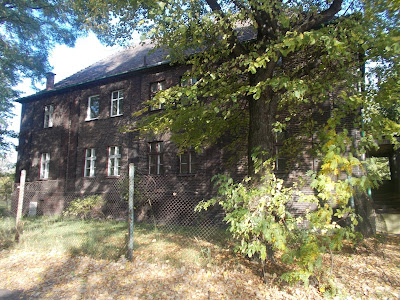 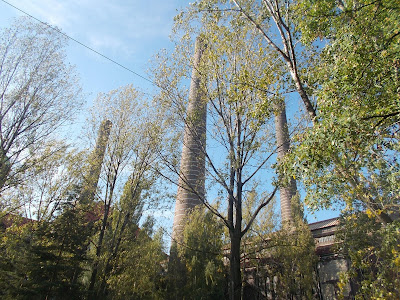 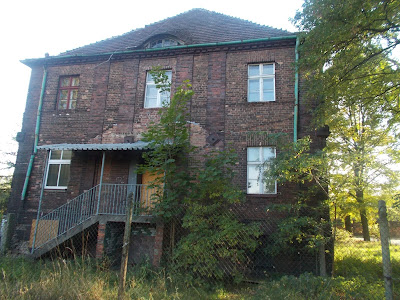 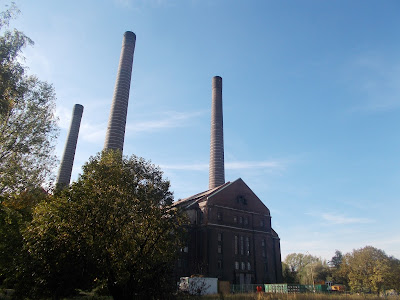 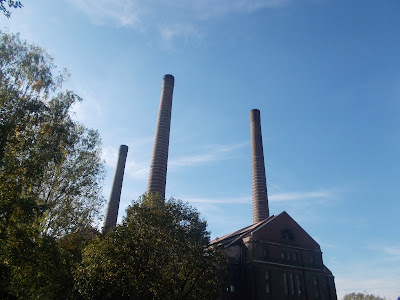 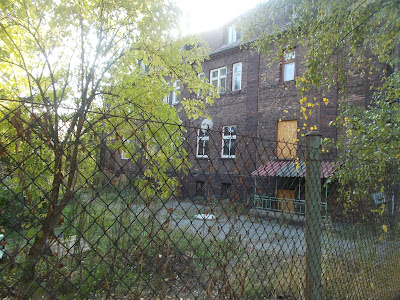 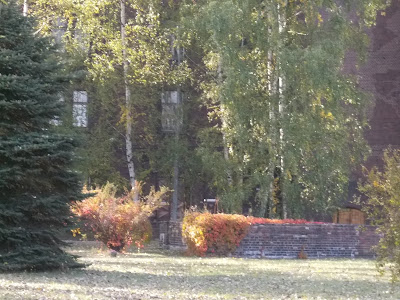 Infromation from Wikipedia
The power plant was completed after World War I, and started operations in 1920, providing electricity for Bytom region (then part of Germany). The structure, originally intended to be an explosives factory, covers approximately 36,000 square metres (390,000 sq ft). It was originally operated by Schaffgotsch Bergwerksgesellschaft GmbH (a German company of the Schaffgotsch family). The structure was designed by German architects Georg and Emil Zillmann, known in Silesia as architects of the Nikiszowiecand Giszowiec districts in nearby Katowice. Notable features of the design included a large hall (2,800 square metres (30,000 sq ft)), three 120-metre (390 ft) chimneys, and a clock tower with a clock, one of the largest turret clocks in Poland.
By World War II the plant had a capacity of 100 MW. Quickly rebuilt after the war, and operating at a similar capacity in the 1950s, the Szombierki Power Plant was one of the largest in the People's Republic of Poland and Europe.
In the 1970s, the power plant was converted from a thermal power station to a combined heat and power plant. It was modernised up until the mid 1990s, and from 1993 it was owned by Zespół Elektrociepłowni Bytom S.A.] Since the late 1990s, the power plant has been operating at a significantly reduced capacity, used primarily as a reserve power plant. It is considered an industrial monument (a part of the Trail of Monuments of Engineering in the Silesian Voivodeship, Szlak Zabytków Techniki Województwa Śląskiego). During a 2009 vote organized by mmsilesia.pl, TVS and supported by the officials of the Silesian Voivodeship, it was voted as one of the "Seven Architectural Wonders of the Silesian Voivodeship".[As of 2013 the structure has been officially classified as a monument by the government of Poland.[ Since the mid-1990s, it has been a host site to a number of cultural events (such as concerts or exhibitions) until 2011, when it was acquired by Finnish company Fortum and closed due to concerns over structure stability. Parts of the structure are still open for small guided tours.
There are plans to convert it into a museum or a similar type of a cultural institutio
Posted by Gosia at 21:47