Sites worth visiting in Upper Silesia - Castle in Pszczyna.

Today the weather is beutiful since early morninig is sunny weather. Whan I was walking in the morning with my dog it's obvious spring is comming - definitely. It so nice because last year we had winter till 12 th April .This year we had snow here onkly 2 weeks amazing but I love this kind of winter, 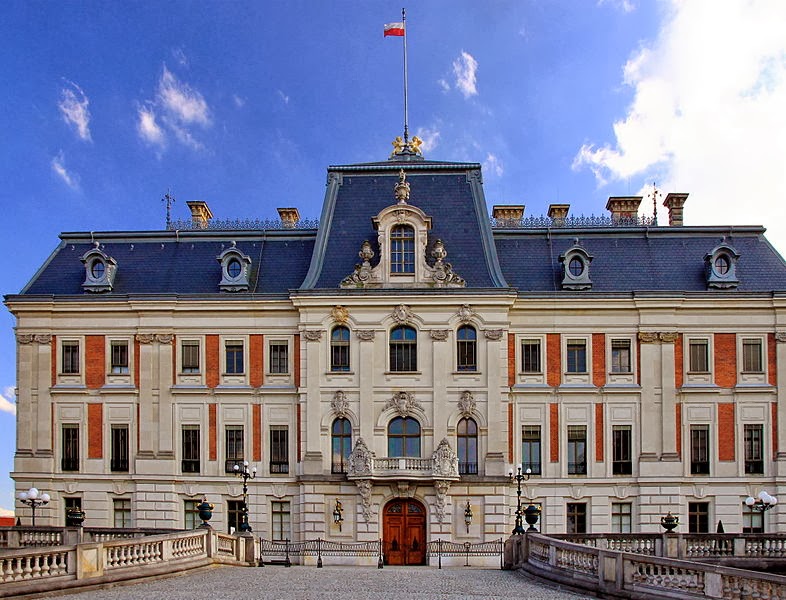 Entrance to the Castle


Pszczyna Castle is a classical-style palace in the city of Pszczyna. Constructed as a castle in 13th century or earlier, in a gothic style, it was rebuilt in a renaissance style in the 17th century. During the course of the 18th and 19th centuries, the exterior of the castle was partially changed into a baroque-classic style. The classicist modernization transformed the castle into what is usually described a palace.

In its history the castle was a residence of local Piasts dynasty members, then Promnitz family (mid 16th to mid 18th centuries) and later,von Pless family. The castle was owned by the government since 1936. Since 1946 it is a site of the Castle Museum.
History


Early in the 12th century, Pszczyna was a stronghold of the Piasts. The city belonged to Lesser Poland (Malopolska) until 1177, when it became part of the Duchy of Racibórz. From this time on, it also was part of the Krakow bishopric. In 1548, the palace was sold to thePromnitz family and given a Renaissance appearance, which it lost after a fire. It was consequently rebuilt in a more baroque style. In 1848 the Duchy of Pszczyna became a Principality, ruled by the Hochberg-Fürstenstein family until 1939.

Between 1870 and 1876, reconstruction were carried out by the French architect Gabriel-Hippolyte Destailleur.

During the First World War, the palace was resided in by William II, German Emperor and there are pictures on display of him together with Erich Ludendorff and Paul von Hindenburg discussing war operations.

After the Second World War for a brief period there was a Soviet military hospital in the palace, but on May 9, 1946 it was turned into amuseum. 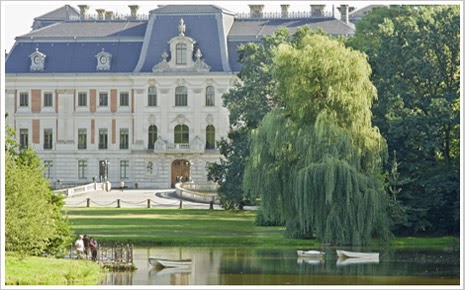 Have a nice sunny Sunday